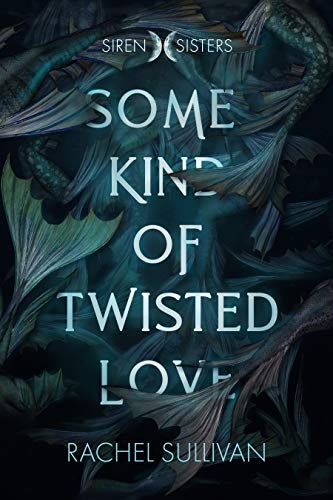 Some Kind of Twisted Love

Welcome to the San Juan's, where hundreds of years ago sirens ruled the seas by luring men to Dead Man Island where they'd come for the beautiful women...and die for them too.

Today though, sirens are only a shadow of their former glorious selves, weak from hundreds of years of following the no-luring-men mandate handed down by their previous matriarchs. Now they live among humans and no longer crave the monstrous lifestyle of their foremothers. As a result, their numbers are dwindling toward extinction.

But with a new matriarch stepping into her role as leader of all siren-kind, the laws are changing.

And seventeen-year-old Allura's fantasies of luring men to their graves are no longer an embarrassing secret, but just the kind of power play her aunts need to impress the new matriarch and elevate their clan.

They tell Allura she's lucky to be the first of her kind in generations to embrace the old ways. But she doesn't feel so lucky when the boy she's crushing on is the initial victim assigned to her. If she follows orders, she'll save her kind from extinction...and lose her humanity in the process.

Her whole life, Allura has crammed herself into the mold of good siren girl. Now, she must decide what kind of monster she wants to be.

A young adult contemporary fantasy novel, Some Kind of Twisted Love is the first in the Siren Sisters series and takes place in the Wild Women world.