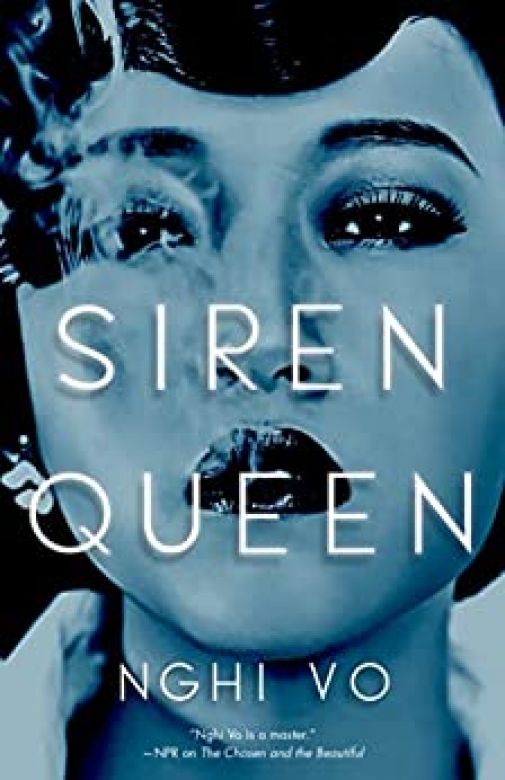 It was magic. In every world, it was a kind of magic.

"No maids, no funny talking, no fainting flowers." Luli Wei is beautiful, talented, and desperate to be a star. Coming of age in pre-Code Hollywood, she knows how dangerous the movie business is and how limited the roles are for a Chinese American girl from Hungarian Hill—but she doesn't care. She’d rather play a monster than a maid.

But in Luli's world, the worst monsters in Hollywood are not the ones on screen. The studios want to own everything from her face to her name to the women she loves, and they run on a system of bargains made in blood and ancient magic, powered by the endless sacrifice of unlucky starlets like her. For those who do survive to earn their fame, success comes with a steep price. Luli is willing to do whatever it takes—even if that means becoming the monster herself.

Siren Queen offers up an enthralling exploration of an outsider achieving stardom on her own terms, in a fantastical Hollywood where the monsters are real and the magic of the silver screen illuminates every page. 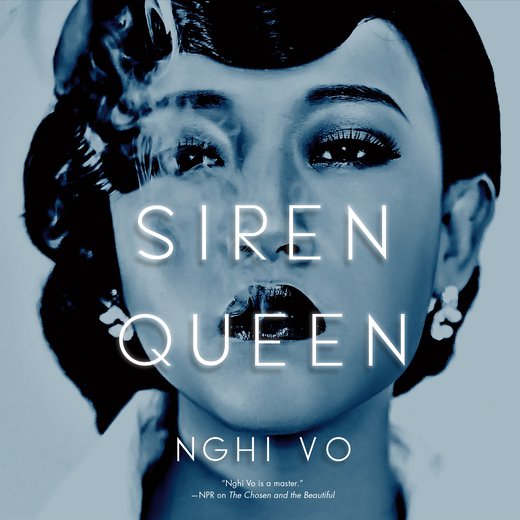 Wolfe Studios released a tarot deck’s worth of stories about me over the years. One of the very first still has legs in the archivist’s halls, or at least people tell me they see it there, scuttling between the yellowing stacks of tabloids and the ancient silver film that has been enchanted not to burn.

In that first story, I’m a leggy fourteen, sitting on the curb in front of my father’s laundry on Hungarian Hill. I’m wearing waxy white flowers in my hair, and the legendary Harry Long himself, coming to pick up a suit for his cousin’s wedding, pauses to admire me.

“Hola, China doll,” he says, a bright red apple in his hand. “Do you want to be a movie star?”

“Oh sir,” I’m meant to have replied, “I do not know what a movie star is, but would you give me that apple? I am so very hungry.”

Harry Long, who made a sacrifice of himself to himself during the Santa Ana fires when I turned twenty-one, laughed and laughed, promising me a boatload of apples if I would come to the studio to audition for Oberlin Wolfe himself.

What halfway pretty girl didn’t know what the movies were? I knew the names of the summer queens and the harvest kings as well as I knew the words “chink” and “monkey face,” hurled at me and my little sister as we walked hand in hand to the Chinese school two miles from our house. I knew them as well as I knew the lines in my mother’s face, deeper every year, and the warring heats of the Los Angeles summer and the steam of the pressing room.

The year I was seven, my father returned from Guangzhou to stay with us in America, and they built the nickelodeon between our laundry and the Chinese school. The arcade was far better than any old apple, and from the first, I was possessed, poisoned to the core by ambition and desire. The nickelodeon took over a space that had once sold coffins, terrible luck whether you were Chinese, Mexican, or German, but the moment they opened their doors and lit up the orangey-pink neon sign overhead, comique in the cursive I was having such trouble with, they were a modest success.

Luli and I were walking home one hot day, and we would have kept walking if the tall woman lounging in her ticket booth hadn’t tipped an extravagant wink at me. Her skin was a rich black, and her hair was piled up on her head in knots so intricate it hurt my eyes. It wasn’t until we got a little closer that I could see her eyes gleamed with the same orangey-pink of the sign overhead, and even then, I might have decided it was too late.

“We’re showing Romeo and Juliet today,” she said with a wide smile. “If you hurry, you can still get seats.”

“I don’t have anything to pay with,” I muttered, ashamed to even be caught wanting, but the woman only smiled wider.

“Well, it’s a nickel if you’re ordinary, but you girls aren’t, are you?”

Up until that very moment, Luli and I would have given absolutely anything to be ordinary, to live in one of the pastel boxes off of Hungarian Hill, to have curly blond or brown hair instead of straight black, and to have pop eyes instead of ones that looked like slits carved into the smooth skin of a melon.

The way the beautiful Black woman spoke, however, I started to wonder. If I couldn’t be ordinary, maybe I could be something better instead.

Maybe I could get into the nickelodeon.

Luli tugged at my hand fretfully, but I squeezed tighter, comforting and bullying at once.

“We’re not ordinary at all,” I declared. “And we don’t have any nickels.”

The woman touched a neatly manicured nail to her full lower lip, and then she smiled.

“Sissy, let’s go home,” my sister begged in Cantonese, but I scowled at her and she subsided.

She helped me climb onto the spinning chrome stool with its red vinyl cushion; I remember the way the heat stuck it to my thighs where my thin dress rode up. I was already tall for my age. She swept a neat white cape around me, and as she snipped at my waist-length hair with a flashing pair of shears, she explained.

“An inch of hair is two months of your life,” she said. “Give or take. An inch… that’s your father coming home, your mother making chicken and sausage stew, skinning your knee running from the rough boys…”

It made sense, or at least I didn’t want her to think that I didn’t understand. She wrapped an inch of my hair into a little packet of silk, tucking it into the antique cash register, and then she handed my sister and me two grubby olive-green tickets. I still have my ticket in a small box with some other mementos, next to a smooth lock of butter-gold hair and a withered white flower with a rust-red center. My sweat made the cheap ink go blurry, but you can still see the comique stamp as well as its sigil, the sign of the wheel of fortune.

The nickelodeon was full of muttering patrons, the darkness waiting and full of potential. We were small enough that no one cared if we squeezed onto the edges of the front-row seats, and in a moment, the flicker started.

It was magic. In every world, it is a kind of magic.

Silver light painted words on the flat, dark screen in front of us, and I didn’t have to read for Luli because the immigrants around us were sounding out the words quietly.

It was Romeo and Juliet as performed by Josephine Beaufort and George Crenshaw, two of the last silent greats. She looked like a child compared to the man who had loved the Great Lady of Anaheim, but it didn’t matter, not when she filled up the screen with her aching black eyes, when his lip trembled with passion for the girl of a rival family.

Their story was splattered over the screen in pure silver and gouts of black blood. First Romeo’s friend was killed, and then Juliet’s cousin, and then Romeo himself, taking a poison draught that left him elegantly sprawled at the foot of her glass coffin.

When Juliet came out, she gasped silently with horror at her fallen lover, reaching for his empty vial of poison. She tried to tongue the last bit out, but when no drop remained, she reached for his dagger.

The entire nickelodeon held its breath as her thin arms tensed, the point of the dagger pressed not to her chest where a rib or her sternum might deflect it, but against the softest part of her throat.

Her mouth opened, and a dark runnel of blood streamed down her unmarked white throat. She paused, long enough to build empires, long enough for a dead lover to marvelously revive. Then her arms tensed, her fingers tightened, and the dagger disappeared into her flesh, all that white destroyed with a river of black blood. It covered her breast and her white lace gown, speckling her round cheeks and marring her dulling eyes.

She slumped over the body of George Crenshaw and the camera pulled back, back, back, showing us the spread of black blood over the chapel floor before finally going dark itself.

My sister set up a wail that was lost in the chatter of the other patrons.

I took her hand, squeezing it like I did when I was trying to nerve us both up for another day beyond the safety of our bedroom, but my mind was a thousand miles away.

“No, she didn’t,” I said with absolute certainty.