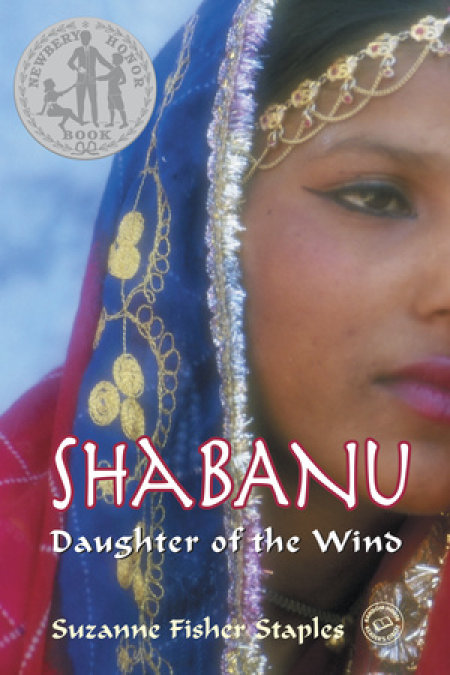 The Newbery Honor winner about a heroic Pakistani girl that The Boston Globe called “Remarkable . . . a riveting tour de force.”

Life is both sweet and cruel to strong-willed young Shabanu, whose home is the windswept Cholistan Desert of Pakistan. The second daughter in a family with no sons, she’s been allowed freedoms forbidden to most Muslim girls. But when a tragic encounter with a wealthy and powerful landowner ruins the marriage plans of her older sister, Shabanu is called upon to sacrifice everything she’s dreamed of. Should she do what is necessary to uphold her family’s honor—or listen to the stirrings of her own heart?

“Staples has accomplished a small miracle in her touching and powerful story.” —The New York Times