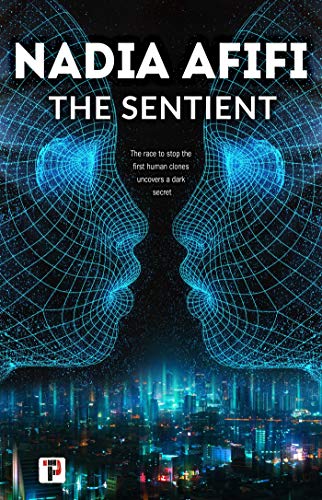 "Afifi’s staggering and un-put-downable debut offers a fresh and feminist-forward take on cloning [...] This riveting debut is a must-have for any sci-fi fan."— Publishers Weekly starred review Included in Library Journal's "Rise of the Monsters: Top Horror Titles and Trends Coming This Season Amira Valdez is a brilliant neuroscientist trying to put her past on a religious compound behind her. But when she’s assigned to a controversial cloning project, her dreams of working in space are placed in jeopardy. Using her talents as a reader of memories, Amira uncovers a conspiracy to stop the creation of the first human clone – at all costs. As she unravels the mystery, Amira navigates a dangerous world populated by anti-cloning militants, scientists with hidden agendas, and a mysterious New Age movement. In the process, Amira uncovers an even darker secret, one that forces her to confront her own past. FLAME TREE PRESS is the new fiction imprint of Flame Tree Publishing. Launched in 2018 the list brings together brilliant new authors and the more established; the award winners, and exciting, original voices.