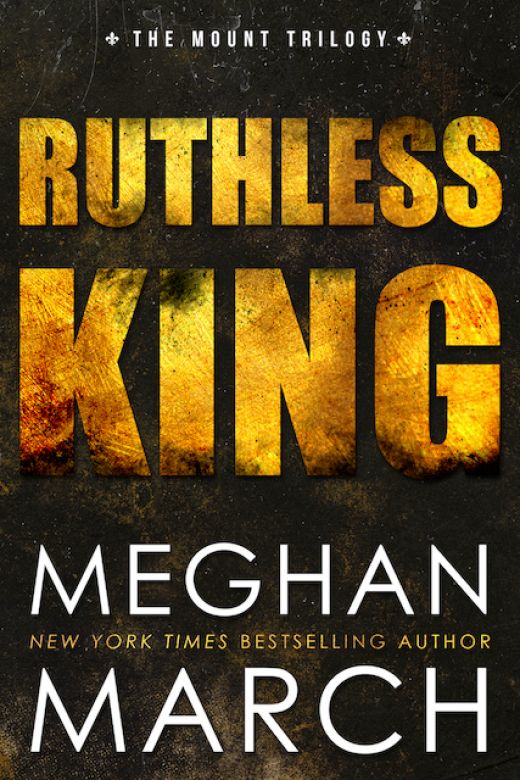 Book 1: Mount Trilogy
Meghan March Founding author
Follow
New Orleans belongs to me. You don’t know my name, but I control everything you see and all the things you do
Genres: Romance
Buy now
Available in:

New Orleans belongs to me. You don't know my name, but I control everything you see—and all the things you don't. My reach knows no bounds, and my demands are always met. I didn't need to loan money to a failing family distillery, but it amuses me to have them in my debt. To have her in my debt. She doesn't know she caught my attention. She should've been more careful. I'm going to own her. Consume her. Maybe even keep her. It's time to collect what I'm owed. Keira Kilgore, you're now the property of Lachlan Mount. 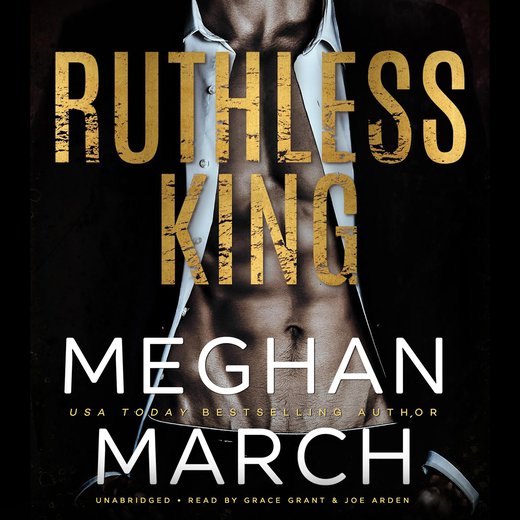 I freeze outside the door to my locked office and stare at the handle like it’s tainted with anthrax.

My employees wouldn’t dare. They know my office is off-limits. And my parents are seven hundred miles away in Florida, living it up as retirees on the monthly payments I send them from the dismal profits of the distillery. It’s barely hanging on, even after four generations of clinging to life making Irish whiskey in New Orleans.

I repeat that truth like a chant until my heart slows to a semi-normal pace. My dead husband’s ghost better not be inside, or heaven help me, I’ll kill Brett again myself.

Summoning the same iron will it has taken to dig this company out of the trenches, I grasp the handle, yank the door open, and fling myself inside, attempting the element of surprise. Or false courage. Or . . . something.

“Trying to make an entrance?”

The deep voice that comes out of the dark chills me to the very marrow of my bones.

I’ve only heard it once before, through the battered wood of the same locked door I just barged past, but it was delivering threats I didn’t understand, not asking a question in that cool, controlled manner.

There’s no way I want to be in the dark with this voice.

He’s the frigging boogeyman, whispered about in the shadows but never mentioned in polite company, almost as if saying his name will make him appear. And no one wants that.

I’ve never said it. I don’t even want to think it now, but my brain conjures it anyway.

I fumble around, slapping the concrete wall to find the light switch, but when I flip it, nothing happens.

Oh, sweet Jesus. I’m going to die and I won’t even see it coming.

My antique desk chair creaks just before the dim glow of my desk lamp clicks on.

I see his massive hands first, then darkly tanned forearms with white cuffs rolled up. The light doesn’t reach his face.

Swallowing back the saliva pooling in my mouth at the fact that he knows my name, I move my hand as though directly responding to his command. I grope for the handle behind me, when all I really want to do is turn around and run.

I glance over my shoulder, clutching the knob as the door creaks shut, the urge to flee growing as the dim light of the hallway disappears from sight.

“Take a step in that direction and you’ll lose everything.”

My feet freeze to the cracked cement floor as a bead of sweat rolls down my chest. Normally I would attribute it to the sauna-like conditions produced by the whiskey stills, but not tonight.

The chair groans as he rises to his feet, those wide fingers refastening the button on his suit coat, but his face never comes into the light.

My mind scrambles to think of how in the hell I could owe him money. I’ve never met him before. Hell, I’ve never seen him before, only heard his voice while I eavesdropped. My kind doesn’t mingle with his—well, at least, most of my kind. A few rumors circulated that he kept Richelle LaFleur, a girl from our church, as a mistress until she went missing a year ago. I shut that path of thinking down completely.

“What are you talking about?” Somehow, I manage to form the question.

Two fingers push a document titled Promissory Note across the scarred wood of my desk into the watery pool of light. My eyes lock on the papers, but I’m too terrified to step any closer.

Oh, sweet Jesus, Brett. What did you do? My heart slams against my ribs.

“Don’t you want to know how much your husband borrowed with this place as collateral?”

“How much?” I ask, inching toward him against my will.

“A half million dollars.”

I suck in a shocked breath. “You’re lying.”

With both hands on the desk, he leans down, exposing his face in the dim light. Hard features carved from granite, piercing dark eyes, and an unrelenting stare contrast with the relative civility of the suit that fits him to perfection.

A half million dollars? No way. “I would’ve known if Brett had borrowed that kind of money, and let me tell you—he didn’t.”

He shrugs as if the information means nothing to him. And maybe it doesn’t.

“His signature says that he did, and this debt is overdue.”

My eyes zero in on the papers on the desk. If he really did this . . . The effects would be catastrophic.

Four generations of Kilgores have dedicated their hopes, dreams, and fortunes to keeping this legacy alive. It can’t end with me.

His response throws me back on my heels. “Then why—”

He moves out of the light and comes toward me. I shrink back against the wall as he advances, blocking my escape route to the door. There’s nowhere to run. He has me trapped.

“Because there’s something I might be willing to take in trade.”

It takes everything I have to keep my voice steady as my heart threatens to burst from my chest. “What?”

He stops a foot from me, and his full lips form a single word.