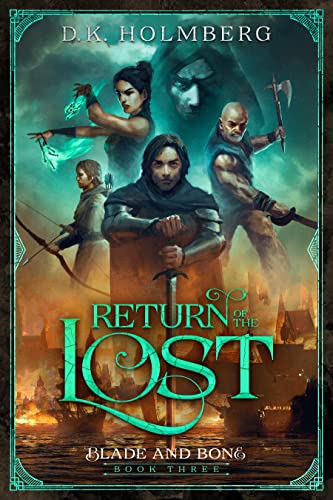 Return of the Lost

The Prophet has been defeated, but the real danger is still to come.

When a dangerous foe comes to the city looking for Kanar, he must find a way to avoid the Hunter while uncovering the truth of a persistent magic they thought defeated.

While Honaaz chases his past, Lily wants only to help, but she’ll have to rediscover her own truth before she can do so.

Morgan works with the council, taking the seat once held by her father, and finds help through an unlikely ally.

Powerful workings of witchcraft surround the city—only none know why or who’s responsible.Kanar’s team looks for answers, even though they’ve begun to fragment.

They’ll need to work together to stop true destruction, but it may be too late to stop the coming war.