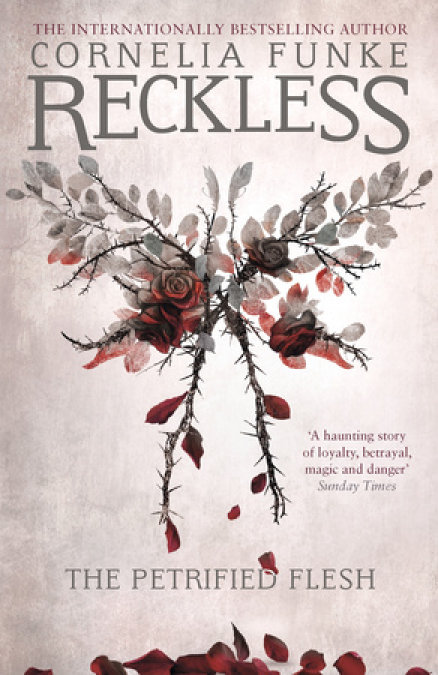 Enter the magical world behind the Mirrors... the thrilling first instalment in the Reckless series by renowned, bestselling author Cornelia Funke.

Jacob has uncovered the doorway to another world, hidden behind a mirror. It is a place of dark magic and enchanted objects, scheming dwarves and fearsome ogres, fairies born from water and men born from stone.

Here, he hunts for treasure and seeks adventure in the company of Fox - a beautiful, shape­shifting girl, who guides and guards him.

But now Jacob's younger brother has followed him into the mirrored world, and all that was freedom has turned to fear. Because a deadly curse has been spoken; and Jacob must risk his life to reverse it, before his brother is turned to stone forever...

Revised and updated by Cornelia Funke, The Petrified Flesh is the first book in the thrilling Reckless series.