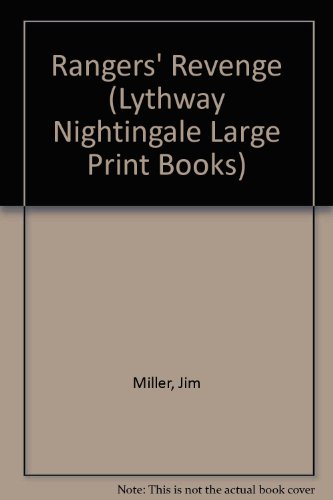 From the author of The Old Timers and The Long Guns comes the first book of a bold western series about three ex-Texas Rangers, a man and his two sons, as they confront their own rivalries and a deadly betrayal.

Once members of the Lone Star State’s proudest legion—the Texas Rangers—the Carston men were willing to fight and die to bring justice to the harsh frontier.

Will Carston lived the Ranger creed as he staked out his ranch and defended a raw new town, while the Ranger spirit helped his hard-fisted sons, Chance and Wash, survive the Civil War’s bloody campaigns, building a legacy they could never deny or forget.

Now, a savage act of violence brings the three men together on a lethal quest for revenge. On the sun-scorched Texas badlands, the Carston men battle for their lives in a winner-takes-all showdown that will put the fast guns and fighting fury of the ex-Rangers to the ultimate test.