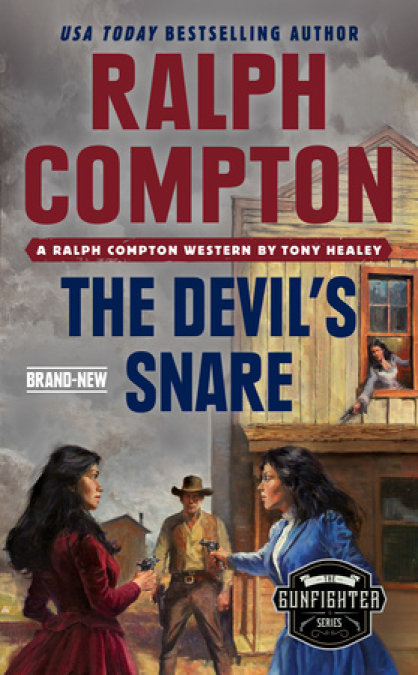 The grisly murder of Glendon Hart and his family conveniently paves the way for a wealthy Amity Creek rancher to expand his empire of pastures and cattle. But the arrival in town of Glendon’s sister, Myra, throws a spanner in the works when she refuses to bow to Jack Denton’s increasingly intimidating demands to sell him her homestead.

Sixteen years earlier, on a snow-locked Nebraska farm, a band of outlaws executed Ethan Harper’s family before his young eyes. Ethan vowed bloody revenge against the men responsible, and after years of searching the trail has brought him to Amity Creek, where he and Myra gradually discover they share a common enemy, an elusive villain with a trio of murderous minions to do his bidding. Together, they must devise a plan to lure Denton into a deadly trap—and send the devil back to hell….