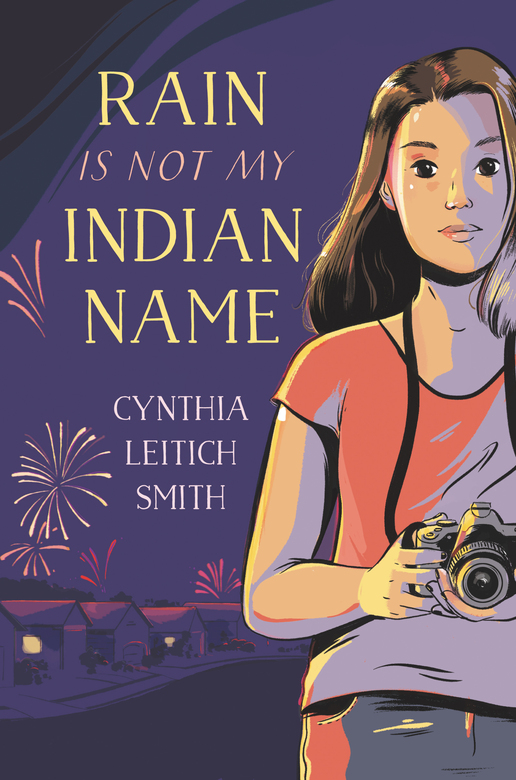 Rain Is Not My Indian Name

"Smith tells Rain’s story with confidence and heart and authenticity. Rain is a great representation for younger Native kids, especially ones of mixed heritage." (Casey Stenaniuk in Book Riot, writing about "books that young Indigenous women can identify with, and that will offer windows for other readers.")

In a voice that resonates with insight and humor, Cynthia Leitich Smith tells of heartbreak, recovery, and reclaiming one's place in the world.

It's been six months since her best friend died, and up until now Rain has succeeded in shutting herself off from the world. But when controversy arises around her aunt Georgia's Indian Camp in their mostly white midwestern community, Rain decides to face the outside world again—at least through the lens of her camera.

Hired by her town newspaper to photograph the campers, Rain soon finds that she has to decide how involved she wants to become in Indian Camp. Does she want to keep a professional distance from the intertribal community she belongs to? And just how willing is she to connect with the campers after her great loss?