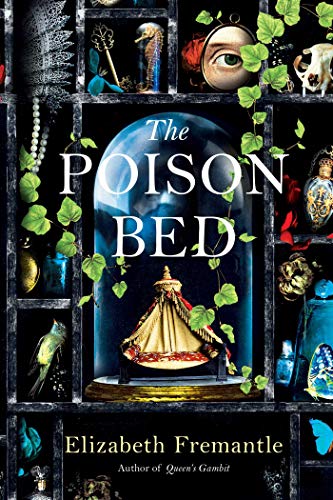 A spellbinding thriller set in the Jacobean Court of 1615 surrounding a famed couple imprisoned on suspicion of murder—but was it Lord Robert or Lady Frances who committed the crime? A marriage. A murder. One of them did it. Which of them will die for it? In the autumn of 1615, scandal rocks the Jacobean court, when a celebrated couple, Robert and Frances Carr, are imprisoned on suspicion of murder. Frances is young, captivating, and from a notorious family. She has been rescued from an abusive marriage by Robert, and is determined to make a new life for herself. Whatever the price. Robert is one of the richest and most famous men in the kingdom. He has risen from nothing to become one of the country’s most powerful men. But to get to the top, you cannot help making enemies. Some believe she is innocent; others think her wicked or insane. He claims no knowledge of the murder. The king suspects them both, though it is his secret at stake. Now a man is dead. And someone must pay with their life. Who is telling the truth? Who has the most to lose? And who is willing to commit murder?