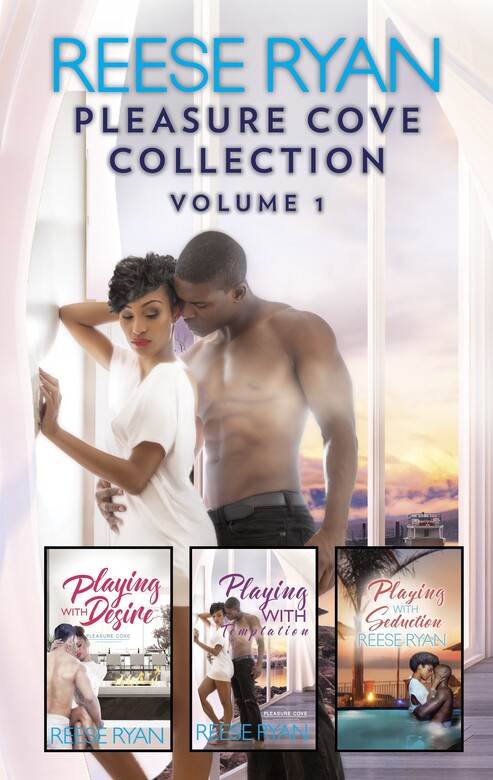 Maya Alvarez’s two young daughters are her entire world. But when she ends up alone—on her birthday—the divorced single mother does something totally out of character. She accepts an invitation that leads to a hot summer fling with luxury resort CEO Liam Westbrook. The seductive stranger makes her feel bold and desirable again. When Maya must return to the real world, will Liam and their pleasure-fueled fantasy end up as only an affair to remember?

North Carolina pro footballer Nate Johnston’s reputation has taken some recent hits and he needs a miracle. But the star wide receiver feels ambushed when his brother enlists media consultant Kendra Williams to do damage control. The reignited desire for the woman he once wanted to spend forever with can only cause Nate deeper heartache. But powerful passion still smolders between them, tempting the former lovers to move beyond their painful past. Will the emergence of a jealous ex with a vicious revenge scheme sabotage their second chance at a future and a family that’s almost within reach?

Pleasure Cove’s prodigal son Dash Williams just got the ultimate Christmas surprise—Madison, his five-year-old daughter he knew nothing about. Maddie’s aunt, Mikayla Mitchell, was once one of Dash’s …and his secret admirer. Now, seeing the sexy, ambitious lawyer with his little girl, Mikayla’s more smitten than ever. And Dash is starting to realize Mikayla’s the only one who could make his days merry and bright, and fill his nights with bliss…

As the reigning queen of competitive beach volleyball, Brianna Evans wants her career to go out with a bang. And what better send-off than a signature tournament sponsored by an exclusive high-end luxury resort? But Bree’s heart could end up on the line. Her partner on the project is Wesley Adams, the irresistible man with whom she shared one perfect night in London…and never heard from again. Wes wants to finish what they started. And when they finally give in to their growing passion, will a terrible secret from his past and an escalating threat from Bree’s cost them their second chance?