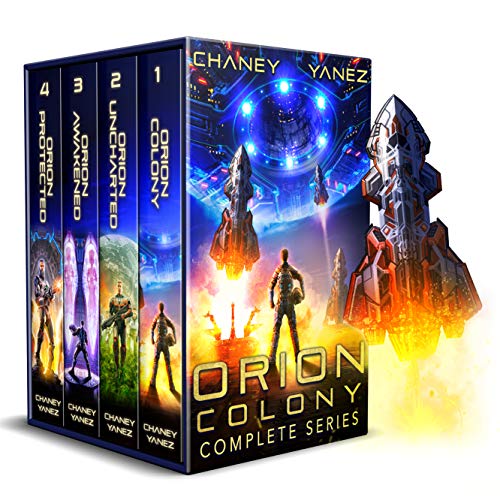 Humanity's Exodus is about to begin.

When half of mankind revolts and demands more opportunity, those at the top decide on a compromise: they will build the first colony ships and allow those who are willing to discover new worlds to leave and start over.

Twelve ships are built, the first of which is called Orion. Many are eager to go, but only one hundred thousand are chosen for each vessel. Far from Earth, a new life awaits, and it promises the prosperity they've always wanted.

But still, resistance stirs, eager to sabotage this new expansion effort, threatening the promise of a new life. As Orion moves through the void of space, towards a distant world, its passengers must fight for survival in an unprecedented conflict.

Win or lose, their future will be forever changed.

Experience a sprawling galactic tale in this first entry to The Orion Colony series. If you're a fan of Firefly, Battlestar Galactica, or Indiana Jones, you'll love this epic, space opera adventure.