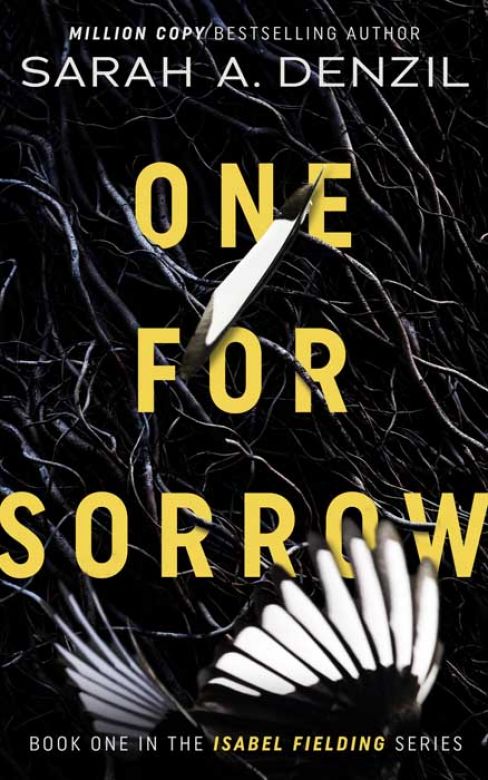 Who really killed Maisie Earnshaw?Within the walls of the high-security psychiatric facility, Crowmont Hospital, reside many violent offenders. To nurse Leah Smith, no matter what, all offenders are patients first and foremost. When Leah is appointed as nurse to Isabel Fielding, she is determined to remain professional despite the shocking crime Isabel allegedly committed in her past.Years ago, six-year-old Maisie Earnshaw was found face down in a duck pond, her body mutilated. Isabel--at age fourteen, found covered in Maisie's blood--was convicted of murder.As Leah spends time with Isabel, she comes to know her as a young woman with a sweet, gentle nature, someone she could never see as a murderer. Leah begins to suspect members of the Fielding family of framing Isabel as a young girl, and she's not the only one. True crime blogger James Gorden thinks Isabel is innocent too.Is Leah allowing her own dark past to taint her judgement as she grows closer to her patient? Or has a young woman been unjustly robbed of her childhood?Praise for the Isabel Fielding series:"I can't praise this book enough...it was one of the best books I've read this year!""Without giving too much away the characters had me fooled! Nothing is what it seems, you need to keep reading ...just one more chapter....""One For Sorrow is such a fabulously dark and twisted read. I knew from the opening pages it was going to be good but by heck I didn't forsee the twists and turns as they happened. It's one of those stories that you will be constantly second-guessing and jumping at conclusions only to be totally wrong.""This dark, twisty psychological thriller was totally riveting."

Please log in to recommend or discuss...
Sarah A. Denzil

The Crime that Rocked Rotherham

Not long after the water ripples disturbed the usually calm water of the family pond did the details of the crime unfurl. I remember the exact moment I saw the news. It remains completely clear in my mind, as all enormous moments do, like the moment I heard about 9/11 or Princess Diana’s death. I remember the blue t-shirt I was wearing and the exact position in which I was sitting on the sofa, magazines on the coffee table alongside my Tardis mug.

The details from the police were still hazy at that point, but what I heard was enough to make me hug my niece and nephew a little more tightly the next time I saw them.

I like to think that the undulations circling over the surface of the duck pond are continuing to form a path, and that the distressing murder left behind a beautiful pattern. There are not many instances of goodness coming from badness, but I have hope that my town can be the exception, that we will breed strength, and that goodness will flow through the community.

I still have hope.

It was a bright summer’s day on the twelfth of August, 2010. On the grounds of the Fielding property, the laughter of children filtered up the long lawns from the duck pond by the edge of Scholes Woods. There wasn’t a cloud in the sky, and the grown-ups were sipping mojitos on the patio of their expansive property. David and Anna Fielding were entertaining guests. Riya and Jason Earnshaw had brought their six-year-old daughter Maisie for a business/play date. The Fieldings’ eldest daughter, Isabel, fourteen, was watching the two younger children—including her brother Owen, eleven—while the adults discussed an investment into Jason Earnshaw’s construction company.

The Fieldings and the Earnshaws were, and still are, respected members of the community. Anna was well-known at the local church, ran raffles to help the needy, and routinely helped at the food bank. David invested in many local businesses, aiding the economy of the town. Riya and Jason Earnshaw were known as good employers who created jobs in the area.

The day was perfect until the sound of children’s laughter stopped. Jason Earnshaw would later tell the police that after a particularly animated conversation with the Fieldings, where David told the group a joke, they noticed that the children had gone very quiet.

Riya stood up on the patio and called Maisie’s name. When there wasn’t an answer, Riya and Anna hurried down the long lawn, which sloped downhill to the pond.

Isabel was the first to be found. She was walking up the lawn with her hands outstretched. Anna ran to her, asking her if she was hurt. Isabel shook her head, but she was soaked to the waist, and there was blood covering her hands and lips. Barely a second later, Jason Earnshaw recalled hearing the piercing scream of his wife. He sprinted down the hill to see his wife wading into the pond, her expensive sun dress ruined by the murky water. He hurried to her, splashing through the shallow water.

As the Earnshaws were wading through dirty water, David Fielding saw his son wander towards him from the trees. Owen Fielding walked with his head bent low, tears dripping from his nose. There was blood splattered on his trousers, but he was not wet, and he was not as covered in as much blood as his older sister. David rushed to Owen to check that the child was not hurt.

And in the centre of it all, at the very centre of the pond, a little girl lay face down. She was stripped to the waist—the police would find her daisy-print t-shirt caught on a bush in the forest a few hours later—with her hair fanning all around her. Her loose, dark curls were as soaked as her jeans.

We know since the trial that Maisie was taken into the woods, hit with a rock, and mutilated with a knife. Her small body was then dragged out of the woods and displayed in the centre of the pond.

We know that Isabel Fielding was covered in Maisie’s blood, and that she was soaked from the waist down.

We know that Isabel Fielding was convicted of Maisie Earnshaw’s murder at the age of fourteen. She was taken to a juvenile detention centre where she was deemed to be suffering with a mental disorder.

After lengthy questioning, it was decided that Owen Fielding did not assist with the death of Maisie Earnshaw.

Rotherham continues to mourn the loss of an innocent. We have stood together to help heal the grief that has opened up within the community. Many of us feel a fraction of the intense pain that the Earnshaws must be feeling. We are all in it together, and we will continue on with the pain in our hearts, but we will be stronger and more unified because of it.