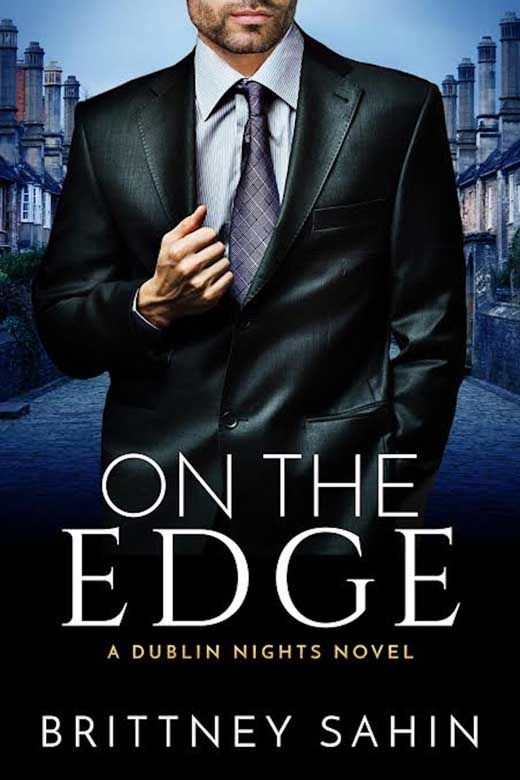 From a horse farm in Kentucky to Dublin, Ireland - falling for her hot Irish boss is not part of the plan. Billionaire businessman by day, fighter by night . . .

Anna is relieved to leave her small hometown behind and get a fresh start with an internship in Dublin. What she doesn't expect is to bump into a strange man in her new apartment on her first night there. A man who, it turns out, also owns the company she's joined.

As Adam and Anna are thrust together more and more, she discovers he's a man with secrets and a dark past - a past that seems to be reaching for her.

Although Anna can sense how dangerous Adam is, she can't seem to resist him. And while he fights his feelings, longing to keep Anna safe, neither of them can see that their only hope for survival is each other.

I couldn’t imagine if Adam had shown up with—

Oh God. He came. A slow, blustery feeling of desire swept through me as my eyes locked with his.

I stopped dancing—I could hardly hear the music. My heart raced, twisting in my chest as I stared at him. He remained standing in front of the doors to the main entrance.

He was in black slacks and a blazer, with a dark dress shirt beneath.

He’d come in costume. The billionaire businessman. But I could see the fighter beneath. He was virile—powerful. His flesh rippled beneath his suit like steel. He could crush someone with his fists.

But that wasn’t why he was dangerous.

No. He was dangerous because he could turn my heart to dust.

But maybe being with him was worth the risk of a broken heart.

Or maybe it would be a horrible mistake.

His eyes broke from mine, and he turned to walk toward a group of people in the corner of the room. My heart shriveled in my chest.

“Dance!” Kate hollered to me.

I tried to move, but my body would no longer obey. All of my mental faculties seemed to have gone out the window. Adam was talking to a man in a suit—someone unfamiliar to me. Maybe he was one of the wealthy donors to the McGregor Foundation. Adam laughed at something the man said, and then his mother was at his side.

I only knew it was his mom because Adam’s parents had introduced themselves at the start of the party. I remembered what Adam had said about being a disappointment to his mom, but I was sure nothing could be further from the truth.

I moved to the edge of the dance area, trying to get a better view of the McGregor family. His mom rested her hand on Adam’s shoulder. Even in the spotty lighting, I could see her eyes glittering with pride.

Adam glanced over his shoulder, catching my eyes, and my cheeks flamed with embarrassment. I turned away.

I couldn’t bring myself to leave, though.

I forced myself to dance again, but my arms barely moved and my feet just stepped side to side.

But a few minutes later I stiffened as a hand found my hip.

“If you’re Beauty, does that mean I’m the Beast?” Adam whispered into my ear.

I closed my eyes as chills raced across my skin. My nipples tightened with want. I’d never met a man who could steal my breath with the sound of his voice. It wasn’t just that his accent was deliciously sexy—it was the way he spoke. The rich satin of his voice slid over me, warming me in all the right places.

“As much as I like the Belle costume, I prefer your natural hair color.” His fingers slipped up to my brown, ponytail wig and I opened my eyes.

“Why are you here?” I faced him, not caring that we were standing within a dancing crowd, standing close in front of everyone at work.

He rested a hand at my elbow as he narrowed his eyes on me and a smile tugged at his lips. “Last time I checked it was my name on the building.”

“Good point.” I wanted to break the hold he had on my eyes, but I couldn’t drag my gaze away. The simple touch of his hand on my elbow had me realizing how much I’d missed him.

“Can we talk?” He looked over my shoulder, probably taking note of the people all around us. Had anybody noticed? Did anybody care?

I hadn’t a clue. Adam McGregor was standing in front of me, and that was all I knew.

Being so close to him.

I think I nodded yes because he guided me by the elbow and led me out of the lobby, away from the people and into a hall. There were doors to offices on either side.

I pressed my back to one of the office doors behind me and gasped as his palm pressed against the wall over my shoulder. “I didn’t think you wanted to talk to me anymore,” I said after a few long moments, noting the way his tan throat moved in small swallows as if he were trying to digest his emotions.

My eyes settled on his chest as it expanded.

“Of course I’d want to talk to you, which is exactly why I shouldn’t have come here tonight.”