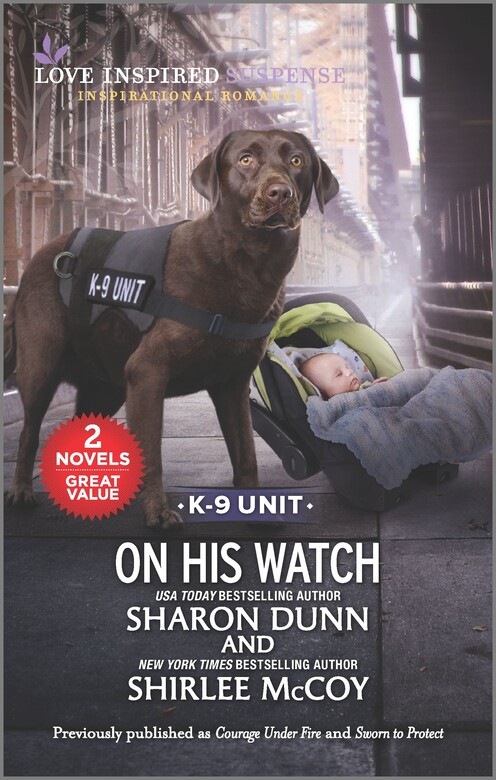 Courage Under Fire by Sharon Dunn

A deadly stalker has rookie K-9 officer Lani Branson in his crosshairs, and he won’t stop until she’s dead. Her boss, K-9 police chief Noah Jameson, won’t let that happen on his watch, especially since there’s a chance this is the same person who killed his brother. Can they unmask the murderer who’s been terrorizing the unit before he strikes again?

Sworn to Protect by Shirlee McCoy

Her husband’s murderer has his sights set on Katie Jameson. With the killer on the loose again, she’ll have to trust K-9 officer Tony Knight to protect her and her baby from the stalker who will stop at nothing to get his way. It will take all of Tony’s and his furry partner’s skills to find the killer before it’s too late.