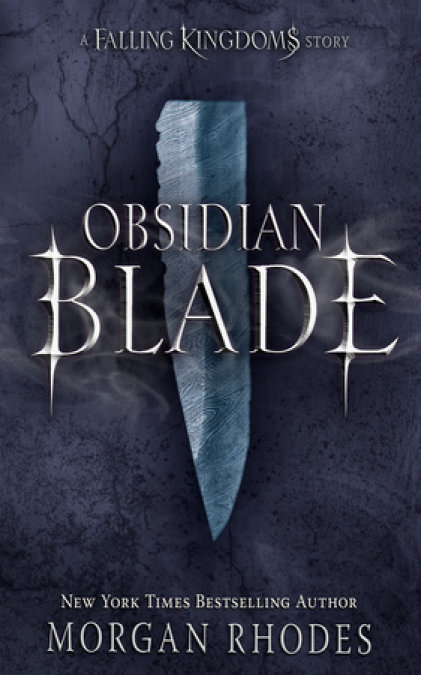 MAGNUS from FALLING KINGDOMS and MADDOX from A BOOK OF SPIRITS AND THIEVES are on an epic quest through time in this series-bridging novella from New York Times bestselling author Morgan Rhodes.

In a garden of ancient ruins on the cliffs of Limeros, Prince Magnus comes face-to-face with a witch. The old woman incapacitates him with a spell, presses a single object into his hand—an obsidian blade—and tells him to bring it to a woman named Samara before the sun sets and his portal home closes forever.

A flash of dark magic transports Magnus back in time to a Mytica he’s only heard about in storybooks. Lost in this foreign land, Magnus sets out to find Samara. But a chance encounter with the rumored Witch Boy derails his journey. Magnus saves Maddox from a beating, but the cruel Livius is now on their tail. The sun is starting to set. Time is running out. Both boys must fight for their lives.

Follow legendary bad boy Magnus and the enigmatic Maddox as their worlds collide in this high-stakes adventure. And don’t miss Crystal Storm, book five in the Falling Kingdoms series.