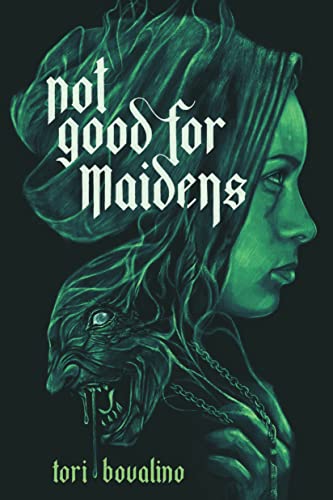 Beneath the streets of York, the goblin market calls to the Wickett women—the family of witches that tends to its victims. For generations, they have defended the old cobblestone streets with their magic. Knowing the dangers, they never
entered the market—until May Wickett fell for a goblin girl, accepted her invitation, and became inextricably tied to the world her family tried to protect her from. The market learned her name, and even when she and her sister left York for Boston to escape it, the goblins remembered.

Eighteen years later, Lou, May’s niece, knows nothing of her magical lineage or the twisted streets, sweet fruits, and incredible jewels of the goblin market. But just like her aunt, the market calls to her, an echo of a curse that won’t release its
hold on her family. And when her youngest aunt, Neela, is kidnapped by goblins, Lou discovers just how real and dangerous the market is.

To save her, both May and Lou will have to confront their family’s past and what happened all those years ago. But everything—from the food and wares, to the goblins themselves—is a haunting temptation for any human who manages to
find their way in. And if Lou isn’t careful, she could end up losing herself to the market too. 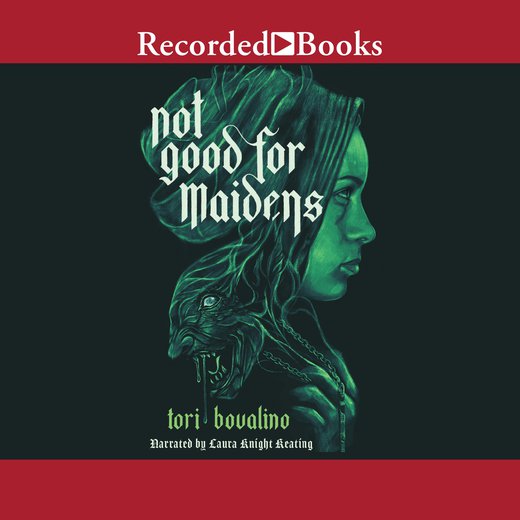 May had ways of coping.

She ate. That was an improvement. She ate, and sipped thewater that Laura kept pushing toward her. She looked out thewindow of the brownstone, watching the people down below. She kept looking for the city walls, but of course, they weren’t there.
The walls, the people, the market—they were all a world away.

May coped, and she slept, and she ate. She held her tongue until her voice was rusty in her mouth, until her vowels were unfamiliar and her accent heavy against Dad’s. But silence was better than screaming, and if she opened her mouth, May was
not sure what would come out.

She smiled when their father brought a new candy every day from the shop on the corner, presenting them with an endless rotation of American snacks that turned her stomach. She let Laura fret over her because it hinted at forgiveness awarded
or forthcoming, even though it tugged at that deep guilt May couldn’t shake.

When she was alone—which was rare, with Laura’s fretting—she hummed to herself. She knew the songs, all of them, by heart.

Backwards and forwards and all the way around.
Are you going to Scarborough Fair? No, May thought, staring down at the street as their father
rounded the corner with a shop bag hanging from one hand. No, I’ve been to Scarborough Fair, and I’d not like to return.

Sometimes, in the moments May forgot about it all, she woke up searching for something within herself she’d lost, only to realize all over again that it was gone.

Thirty-two days after they arrived, Laura knocked softly at May’s door. “Are you in there?”

“Yes,” May said. Where else would she be?
Laura came in. She was wearing a dress, green, that she didn’t have in York. She must’ve bought it here, but May couldn’t remember her leaving to get it. Perhaps she’d gone when May was sleeping. Laura looked better now. Less thin, less tired.
“I’m going out tonight,” she said, nudging a fallen silk scarf on the floor with one foot. May had gotten it in Leeds four years before.

In their past life, in the times before, this would’ve been an enticing bit of information. May felt it tugging in her mind, that spark of something that would’ve interested her. It only lasted a
moment in the current fog of her brain, the dimmest of embers in a pile of ashes.

But it was a fog she didn’t like Laura to see. “Oh?” May said, remembering that she had to say something. Laura nodded. “With a boy. He works at that bookshop on Newbury.”

There was a pause, a pause May was probably supposed to fill. She stared at Laura blankly. Maybe she was meant to ask his name. May had never been to the bookstore on Newbury—Laura had invited her, but May didn’t like to leave. She felt the age of the city pressing against her skin. Not York old, not by a longshot, but the closest this country had. All she could think was: Don’t stay too late, don’t seek the market, you don’t know if there’s a market.

Laura’s smile faded. May had failed, she knew. She should’ve pretended, should’ve asked something. Anything.

Stay here, in her green dress, with Dad and his questions and haunted May? Stay here when she wanted to go, after she’d sacrificed everything for May? It would be a travesty, probably, to
keep Laura inside. No matter how much she wanted to ask her to stay. No matter how much the idea of a house without Laura scared her.
She dreamt of her sometimes, in the haze of the market:

Laura, brave and valiant. Standing tall, stained with the juice of cherries and shining with sweat, blood leaking out of a gash across one arm. Laura, always the stronger sister, always with the
greater will; Laura, come to save her yet again.
Laura, who had given up the entire world for May.

“You go,” May said. She tried on a smile, but her teeth felt dry and the corners of her mouth cracked and Laura looked even more wary.

“Go and have fun.” She turned back to the windowso she didn’t have to watch Laura leave. Coping was an odd thing, May thought, as she watched Laura flit out onto the street in her green dress, into the arms of a kind-looking brown-haired boy with a mediocre silver car.

Coping was pretending to listen to Dad as he chatted over dinner and nodding in the appropriate places, and returning to her room and the window seat as soon as she was able. Coping was watching the people on the street but not seeing them, not really processing, because she was trying too hard to see the horns and warts and pale green skin glamoured to look human; not thinking
of the magic she’d lost or how Laura must resent her. It was not running through the spells that were once so familiar to her she practiced them in her sleep, not calling Mum every day to see
what she was missing, what she’d given up, what she’d thrown away because of May’s mistakes.
Coping was not thinking about the market, not thinking about the market, not thinking about anything other than the market.

When May slept, it felt less like she was slipping from consciousness and more like she was falling out of present time, back to somewhere else.
Well, not just anywhere else. Most times, her mind went back to the beginning. To York, her home, where the pavement smelled like rain and fog, where she knew the streets by heart. She closed her eyes and imagined standing in the shadow of the Minster with a girl by her side, unbloodied. In her imaginings, she and Eitra walked the velvet night, through misty rain and clear darkness, fingers entwined. In her imaginings, Eitra did not die. May had that thrill of magic back, even if she could not use it. They were home, home,
home, in the place where May could not return.
But in the end, May opened her eyes, like always. In the end she was always banished, always alone, and Eitra was always dead.

An indeterminate amount of time later, long past dark, May watched the silver car pull back up to the curb. The boy got out, went around, and opened Laura’s door. They kissed on the
street outside. May tasted a rush of goblin blood in her mouth. She swallowed it down.
Minutes later, the door open and shut, and Laura came in silently to sit on her bed. Her cheeks were flushed and her hair askew, and there was no point telling her that the buttons of her dress were not done correctly.

It was a detail she noticed, May realized, despite the fog.

“You look like you haven’t moved,” Laura said.
May shrugged. Laura sighed, slipped off her shoes, and shimmied out of her dress. She pulled the pins from her hair and grabbed a spare shirt
from May’s drawer.

May nodded. She slipped under the sheets, still in her jean shorts and tank top that Laura made her put on that morning. Laura smelled of cigarette smoke and lipstick, but it was okay. In
a way, it was the first time she’d smelled normal since . . . since before.

Laura ran her fingers through May’s hair, combing through the tangles. “You’re here,” she murmured.

May bit her lip. Because, though she was an ocean away from the market, though she may never see the walls again in her life, she knew the truth. She was a part of the market. Some part of her would always be there. Some part would never leave as her blood clung to Eitra’s skin, as they decayed into flowers and moss together. Maybe, in her time away, some part of her had become the goblin’s property, even if Laura had gotten her out.
When she closed her eyes every night, she fell into the same nightmare of the goblins grabbing Eitra’s arms and legs and holding her down, pushing her into the grass of the park as she struggled against them. In her dream, May never closed her eyes
fast enough, or perhaps she forced herself to watch. Maybe she watched because she hadn’t in real life, when it had really happened. She’d only heard the snick of the knife, had only felt the hot splash of Eitra’s blood and heard her sharp
scream cut off. But in her nightmares, her eyes were open. In her nightmares, every night at the witching hour, May watched Eitra die all over again.