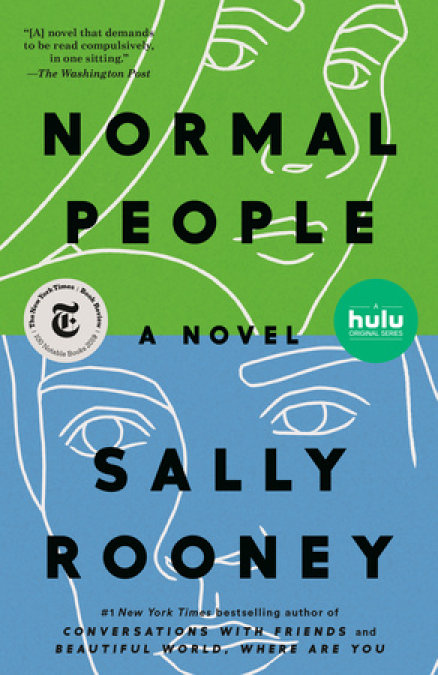 From celebrated author Sally Rooney, "the literary phenomenon of the decade" (The Guardian): a universal story of love, friendship, and growing up.

At school, Connell and Marianne pretend not to know each other. He’s popular and well-adjusted, star of the school football team, while she is lonely, proud, and intensely private. But when Connell comes to pick his mother up from her job at Marianne’s house, a strange and indelible connection grows between the two teenagers — one they are determined to conceal.

A year later, they’re both studying at Trinity College in Dublin. Marianne has found her feet in a new social world while Connell hangs at the sidelines, shy and uncertain. Throughout their years at university, Marianne and Connell circle one another, straying toward other people and possibilities but always magnetically, irresistibly drawn back together. And as she veers into self-destruction and he begins to search for meaning elsewhere, each must confront how far they are willing to go to save the other.

Sally Rooney brings her brilliant psychological acuity and perfectly spare prose to a story that explores the subtleties of class, the electricity of first love, and the complex entanglements of family and friendship. 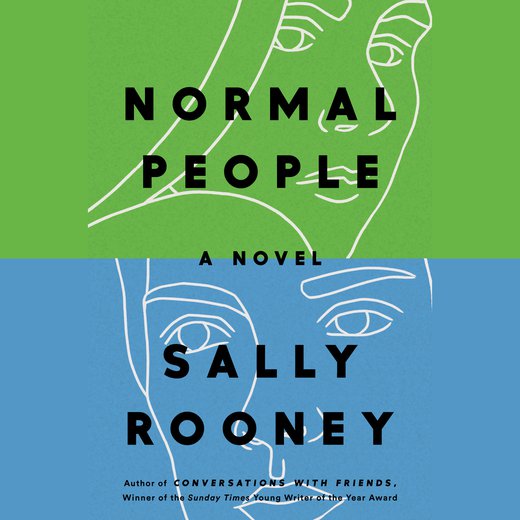 Marianne answers the door when Connell rings the bell. She’s still wearing her school uniform, but she’s taken off the sweater, so it’s just the blouse and skirt, and she has no shoes on, only tights.

She turns and walks down the hall. He follows her, closing the door behind him. Down a few steps in the kitchen, his mother Lorraine is peeling off a pair of rubber gloves. Marianne hops onto the countertop and picks up an open jar of chocolate spread, in which she has left a teaspoon.

Marianne was telling me you got your mock results today, Lorraine says.

We got English back, he says. They come back separately. Do you want to head on?

Lorraine folds the rubber gloves up neatly and replaces them below the sink. Then she starts unclipping her hair. To Connell this seems like something she could accomplish in the car.

And I hear you did very well, she says.

He was top of the class, says Marianne.

Right, Connell says. Marianne did pretty good too. Can we go?

Lorraine pauses in the untying of her apron.

I didn’t realize we were in a rush, she says.

He puts his hands in his pockets and suppresses an irritable sigh, but suppresses it with an audible intake of breath, so that it still sounds like a sigh.

I just have to pop up and take a load out of the dryer, says Lorraine. And then we’ll be off. Okay?

He says nothing, merely hanging his head while Lorraine leaves the room.

Do you want some of this? Marianne says.

She’s holding out the jar of chocolate spread. He presses his hands down slightly further into his pockets, as if trying to store his entire body in his pockets all at once.

No, thanks, he says.

Did you get your French results today?

He puts his back against the fridge and watches her lick the spoon. In school he and Marianne affect not to know each other. People know that Marianne lives in the white mansion with the driveway and that Connell’s mother is a cleaner, but no one knows of the special relationship between these facts.

An A1, she says. Are you bragging?

You’re going to get six hundred, are you?

She shrugs. You probably will, she says.

Well, you’re smarter than me.

Marianne is grinning now. She exercises an open contempt for people in school. She has no friends and spends her lunchtimes alone reading novels. A lot of people really hate her. Her father died when she was thirteen and Connell has heard she has a mental illness now or something. It’s true she is the smartest person in school. He dreads being left alone with her like this, but he also finds himself fantasizing about things he could say to impress her.

You’re not top of the class in English, he points out.

She licks her teeth, unconcerned.

Maybe you should give me grinds, Connell, she says.

He feels his ears get hot. She’s probably just being glib and not suggestive, but if she is being suggestive it’s only to degrade him by association, since she is considered an object of disgust. She wears ugly thick-soled flat shoes and doesn’t put makeup on her face. People have said she doesn’t shave her legs or anything. Connell once heard that she spilled chocolate ice cream on herself in the school lunchroom, and she went to the girls’ bathrooms and took her blouse off to wash it in the sink. That’s a popular story about her, everyone has heard it. If she wanted, she could make a big show of saying hello to Connell in school. See you this afternoon, she could say, in front of everyone. Undoubtedly it would put him in an awkward position, which is the kind of thing she usually seems to enjoy. But she has never done it.

What were you talking to Miss Neary about today? says Marianne.

Marianne twists the spoon around inside the jar.

Does she fancy you or something? Marianne says.

Why do you say that? he says.

God, you’re not having an affair with her, are you?

Obviously not. Do you think it’s funny joking about that?

She has a focused expression, like she’s looking through his eyes into the back of his head.

He nods, looks around the room for a bit, digs the toe of his shoe into a groove between the tiles.

Sometimes I feel like she does act kind of weird around me, he says. But I wouldn’t say that to people or anything.

Even in class I think she’s very flirtatious toward you.

Do you really think that?

Marianne nods. He rubs at his neck. Miss Neary teaches Economics. His supposed feelings for her are widely discussed in school. Some people are even saying that he tried to add her on Facebook, which he didn’t and would never do. Actually he doesn’t do or say anything to her, he just sits there quietly while she does and says things to him. She keeps him back after class sometimes to talk about his life direction, and once she actually touched the knot of his school tie. He can’t tell people about the way she acts because they’ll think he’s trying to brag about it. In class he feels too embarrassed and annoyed to concentrate on the lesson, he just sits there staring at the textbook until the bar graphs start to blur.

People are always going on at me that I fancy her or whatever, he says. But I actually don’t, at all. I mean, you don’t think I’m playing into it when she acts like that, do you?

Not that I’ve seen.

He wipes his palms down on his school shirt unthinkingly. Everyone is so convinced of his attraction to Miss Neary that sometimes he starts to doubt his own instincts about it. What if, at some level above or below his own perception, he does actually desire her? He doesn’t even really know what desire is supposed to feel like. Any time he has had sex in real life, he has found it so stressful as to be largely unpleasant, leading him to suspect that there’s something wrong with him, that he’s unable to be intimate with women, that he’s somehow developmentally impaired. He lies there afterward and thinks: I hated that so much that I feel sick. Is that just the way he is? Is the nausea he feels when Miss Neary leans over his desk actually his way of experiencing a sexual thrill? How would he know?

I could go to Mr. Lyons for you if you want, says Marianne. I won’t say you told me anything, I’ll just say I noticed it myself.

Jesus, no. Definitely not. Don’t say anything about it to anyone, okay?

He looks at her to confirm she’s being serious, and then nods.

It’s not your fault she acts like that with you, says Marianne. You’re not doing anything wrong.

Quietly he says: Why does everyone else think I fancy her, then?

Maybe because you blush a lot when she talks to you. But you know, you blush at everything, you just have that complexion.

He gives a short, unhappy laugh. Thanks, he says.

He closes his eyes, pushes his tongue against the roof of his mouth. He can hear Marianne laughing.

Why do you have to be so harsh on people? he says.

I’m not being harsh. I don’t care if you’re blushing, I won’t tell anyone.

Just because you won’t tell people doesn’t mean you can say whatever you want.

He turns and looks out the window at the garden. Really the garden is more like “grounds.” It includes a tennis court and a large stone statue in the shape of a woman. He looks out at the “grounds” and moves his face close to the cool breath of the glass. When people tell that story about Marianne washing her blouse in the sink, they act like it’s just funny, but Connell thinks the real purpose of the story is something else. Marianne has never been with anyone in school, no one has ever seen her undressed, no one even knows if she likes boys or girls, she won’t tell anyone. People resent that about her, and Connell thinks that’s why they tell the story, as a way of gawking at something they’re not allowed to see.

I don’t want to get into a fight with you, she says.