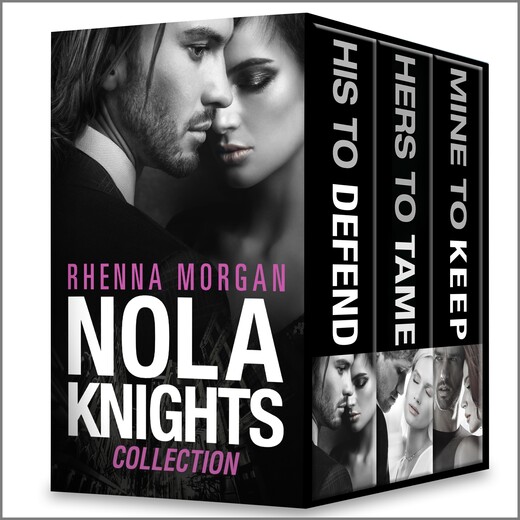 Don't miss this heart-stoppingly sexy spinoff series by Men of Haven author Rhenna Morgan His to Defend His world. His rules. Her love. Though his methods may be rough, when it comes to protecting what’s his, Russian vor Sergei Petrovyh’s heart is always in the right place. That’s never been more true than when the gorgeous Evette Labadie asks him for a job. He knows enough to keep his hands off someone as beloved by the locals as Evie, but there’s something about her that calls to him—no matter how badly he burns to make her his. Evie soon finds herself playing Cinderella to a man who, despite what people believe, is definitely more prince than villain. She can’t help falling deeper in love with each passing day. But when a turf war between Sergei and a rival brings violence to her doorstep, Evie must come to grips with loving a man who will do anything to defend her…or walk away from her best chance at a happily-ever-after of her very own. Hers to Tame As an avtoritet for the most powerful crime syndicate in New Orleans, Kir Vasilek doesn’t act without purpose, doesn’t speak without thought and never, ever loses his cool. But then Cassie McClintock strolls back into his life, and staying cool is next to impossible. Cassie was the one who got away—and Kir is willing to break all his own rules to keep it from happening ever again. It’s one thing to report on the Russian mafia; it’s quite another to sleep with one of them, especially one as dangerous, and as sinfully sexy, as Kir Vasilek. Even though the information he once provided helped make her career—and the memory of his touch still keeps her up at night—Cassie knows too much about his world to go down that path. But when Kir reaches out for help after a rival family comes for one of his own, Cassie doesn’t want to say no, either to investigating a gruesome murder or to the heat that pulls her right back into his arms…and his heart. Mine to Keep Bonnie Drummond is from the wrong side of the tracks, raised in a family of liars and criminals.  She always finds herself sucked back into the family drama, forced to sacrifice everything she’s earned to protect her family. But this time they’ve gone too far—crossed the wrong people—and to save them she’ll have to put her life on the line. Roman Kozlov, enforcer for a New Orleans mafiya family, is the poster child for the life Bonnie is struggling to escape. But he’s also as alluring as he is dangerous, and it doesn’t take long for their lives to begin to mesh. As their race for answers heats up, so too does the budding romance between them. And with danger nipping at her heels and love threatening her heart, Bonnie must come face-to-face with her past if she wants to have a future.