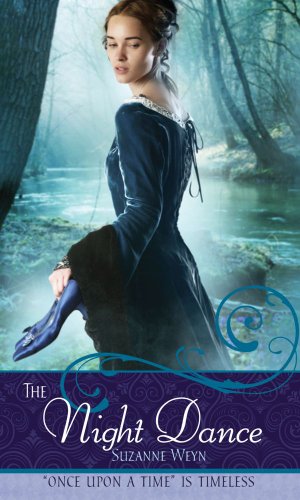 Under the stars, in a secret world... Rowena, the youngest of twelve sisters, loves to slip out of the castle at night and dance in a magical forest. Soon she convinces her sisters to join her. When Sir Ethan notices that his daughters' slippers look tattered every morning, he is certain they've been sneaking out. So he posts a challenge to all the suitors in the kingdom: The first man to discover where his daughters have been is free to marry the one he chooses. Meanwhile a handsome young knight named Bedivere is involved in a challenge of his own: to return the powerful sword, Excalibur, to a mysterious lake. While looking for the lake, Bedivere meets the beautiful Rowena and falls for her. Bedivere knows that accepting Sir Ethan's challenge is the only opportunity for him to be with Rowena forever. But this puts both Bedivere and Rowena in a dangerous situation...one in which they risk their lives for a chance at love.