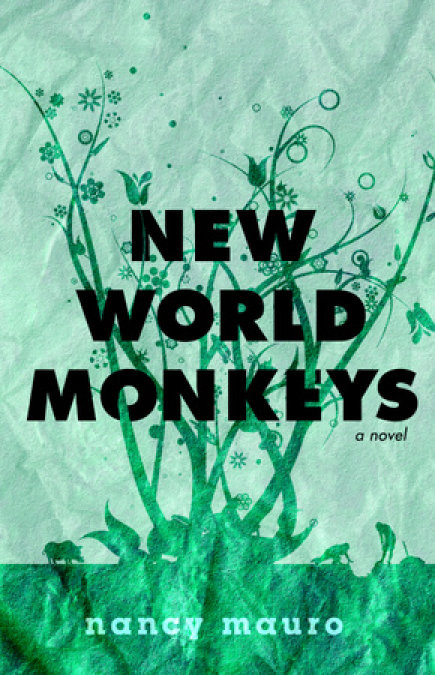 Duncan and Lily, young and adrift in a prickly marriage and lackluster careers, flee Manhattan for the peaceful allure of a recently inherited crumbling Victorian home. But the two are left with little time to ponder the traditional "he said, she said" failings of a relationship: On an upstate road miles shy of their house, a wild boar leaps to his death in front of their Saab–an accident whose consequences will haunt them throughout the summer.

That was no ordinary hog.

Lily and Duncan arrive in the eccentric town of Osterhagen to discover the boar had a name: The Sovereign of the Deep Wood. That it was the town mascot. And, as the hapless urbanites are coerced into the vortex of tea socials, cannon fire, and communal history, they realize that the residents of the bizarre hamlet intend to seek justice for their fallen hero.

Next come the bones.

Duncan, an adman whose controversial new campaign could make or break his career, wants a temporary escape from the pressures of urban life. But his pastoral retreat darkens when an attempt at gardening turns up a human femur in the lawn, a headstone inscribed simply Tinker, 1902, and a sense that Lily’s family may have violence in its aristocratic blood.

And then there’s Lloyd.

Lily, conflicted about her marriage and her career, spends her days at the local library researching her impossibly arcane dissertation topic but can’t seem to make any progress. One day she observes the town pervert in action and befriends him.

Lloyd, a Peeping Tom, invites her to follow him on a bird’s-eye tour of Osterhagen that may help her home in on her own flaws and failings.

Thrown together in their complicity over the boar’s death, fueled to exhume Tinker’s bones from the garden, and inspired by Lloyd’s philosophical savoir faire, Duncan and Lily begin to excavate the profound truth about themselves and their marriage. But how deep can the two dig before the summer’s violent beginning catches up with them?

Monkeys are superior to men in this: when a monkey looks into a mirror, he sees a monkey.
—Malcolm de Chazal

Of the Spine in General

Later, when Duncan teases apart the moments before the accident, splits the seconds with atomic precision, he’ll take some satisfaction in telling Lily that his instincts were good. First, a gearing-down to slow the vehicle without jamming up the brakes. Second,a swerve toward the ditch but not into the ditch. And while there was no way to avoid the blow— the thing had launched itself from the bush—he’d done his best to clip it with the driver’s side rather than take it head-on.

What they won’t talk about is the way Lily’s arm shunted across his chest in an attempt to grab the wheel. To steer their destiny in the space before impact. He’ll later recall this moment as something stretched and precipitous over which he was suspended, eggbeater legs and arms akimbo. Where life didn’t so much ﬂash before the eyes as shear away to reveal the truth; the reality of the peculiar, three-handed tangle on the steering wheel.

Once the car bucks and rears and comes to a stop, Duncan and Lily look at each other without speaking. This is his cue to take action. Lift his hands and respond to the shape of her face in the darkness, adjust her glasses, assure her they’re alive. Of course they’re alive, how could they be otherwise? Dying now, barely in their thirties, would just be indulgent. And if there’s one thing they’ve been able to avoid this past handful of years together it’s indulgence. Instead Duncan turns away from his wife to look at the intact airbag panels and tells himself that there’s nothing he could have done differently. It was an act of animal terror. This thing that charged from the shrubs—and remains lodged under the bumper—came at the vehicle with a suicide will.
Next to him Lily moves. She cracks the passenger door open and the car ﬁlls with dim light and a pinging sound. Duncan blinks, knows he has to open his own door, get out there and see exactly what it is that’s crushed under the hood. In the snapshot of headlight he’d seen something the ap­proximate size and shape of a snowblower. Only, with a shagged hide. And tusks. His thoughts move to Jurassic possibilities, to woolly and prehistoric museum pieces. It could still be alive. If it survived the ice age, isn’t there a chance the thing is still alive? An even better chance that it’s angry?
He engages his tongue to say to Lily, Stay in the car, the way a husband should. But as he unlaces himself from the belt and turns he ﬁnds her seat empty. The passenger door wide open. His pulse starts to natter away in his head like a little hand drum. A shape moves in front of the vehicle. Duncan leans against the wheel, his chest tender from the lash of the belt.

Lily is out there in front of the car, her hand held up to shield against the headlights, her nostrils curled in disgust.

Drive enough highway road and you begin to divide the animal kingdom into new phylum, organizing creatures by the amount of carnage rup­tured and splayed as you pass over them. Duncan remembers road trips as a child where his father could identify any beast by the strum it made against the transmission. That was a blacktail prairie dog, he’d say as they felt the knuckling against the Ford’s mufﬂer. Born last spring, third in the litter, a tick infestation in the right ear. In the backseat Duncan would rise to his haunches to verify the receding mounds.

It was his father who would later teach him to drive the stretch of I-94 outside St. Paul. Duncan, he’d say, straightening the wheel under the boy’s ﬁngers. On the highway you don’t swerve for nothing—you go through. His father guided that Thunderbird over the entire phylum Chordata with ease, without even a glance at the rearview mirror. He was the sort of man who trusted that the miles of highway ahead would work feather and ﬂeece out from the tread of the tires.

Those were the old days of snarling engines, however, when man was King of the Road and large beasts remained screened behind the trees where they belonged. Who would have believed that the slender leg of a deer could punch a hole through a windshield with the accuracy of a pool cue? That hitting a moose was like plowing into a one-ton stilt-walker?

All of these things, accidents. But the thing that’s come at them to­night came with true criminal intent. Against his father’s time-honored advice Duncan had swerved and tried to take most of the blow on the driver’s side. Later, when Lily is clucking at the Saab, its hood crushed like a boxer’s nose, he’ll insist they were lucky. It was trying to grease all three of us, he’ll say.

The beast is quilled hide stretched over a humped spine. Something best used to scrape soot from chimney ﬂues. Its stout hindquarters are wrapped around the tire while its forelegs stretch out from under the grille. The side of skull that hasn’t collapsed under the bumper evokes the skull of a pig. But a pig transmogriﬁed, reverted to ancestral proportions, a fossil in loose fur. Each side of its long snout is decorated with a curled fang, and the one good eye, shut in sudden death, has lashes thick as a hairbrush. Duncan can hear the patter of either blood or transmission ﬂuid on the road.

Lily crouches near the tire. “It’s a wild boar,” she says without a hint of astonishment in her voice. As though collisions with feral swine are common enough along the Hudson.
Duncan looks up and down the country highway. “That’s impossible.” He watches the nature channel. Knows a bit about which creatures are in­digenous to North Africa versus upstate New York.

At his feet his wife is positioned too close to the animal. Should he yank her away by the shoulder? At least place himself between her and the car? What if the thing’s rabid? It’s a possibility; there’s a rim of lather around the snout. Although that might just be the foam of death. But what if it’s not dead? What if it rouses itself, untangles that broken body from the all-season radials in order to charge them one last time? You hear about things like this happening. Lily is deﬁnitely too close.
But Duncan doesn’t move. Doesn’t risk putting a hand on her shoul­der lest she brush him off.

In this moment, the moment in which he chooses not to act, the crea­ture opens its eye. It’s an eye ﬁlled with milky fury and as it scrolls down the length of snout, the pig’s front quarters start to twitch and heave.

“Christ, Lily. Get the fuck back.” He steps out of the high beam himself as the boar lifts a cloven hoof and begins to paw at the road, at­tempting to free itself from the weight of the vehicle. Lily tips herself back and gets to her feet. She moves quick, comes to stand behind him in the darkness. He can hear her breath like hard ﬂaps.

“Where did it come from?”

And then, the antiphonal response. The animal’s mouth falls open, releasing both a
pool of ﬂuid Duncan knows has nothing to do with the transmission and a sound that will certainly make him rethink ham. It’s the screech of speedway racing, he thinks. The ululation of bush women, the yowl of coyotes tearing into a sack of kittens—
He starts to share this idea with his wife, to repeat these three clever metaphors, but he realizes she’s no longer standing behind him.

The trunk slams and a moment later she reappears in the shaft of headlight holding a tire iron. More speciﬁcally, she holds the tire iron out to Duncan.

“Cell phone’s dead. We can’t just leave it on the road.”

Lily looks between him and the carnage, creating an arc of irony in the air.
Here’s Duncan, then. Thirty-two and cobbled together from what he was handed, improved by bottled water and corporate slow pitch, a weekly ex­foliating cleanser he stocks in the bathroom cabinet without shame. A strong thatch of hair still. Blue eyes mufﬂed and comfortable like old shirts that will no longer snap on the line and nothing in those eyes that you’d call dispassionate. For these reasons, or despite these reasons, he cannot bring himself to take the tire iron from his wife. There are eight good seconds—he can count them—in which she stands offering it to him and he stands looking north where the highway unfurls like a wet tongue to­ward the house waiting for them in Osterhagen. And he knows he’ll always think that Lily has short-changed him; that given two more seconds, simply nudging the total to ten, he might have made another choice. But the buzzer sounds at eight and when he looks back at the tire iron, Lily her­self brings it down with a batter’s crack against the base of the animal’s skull.