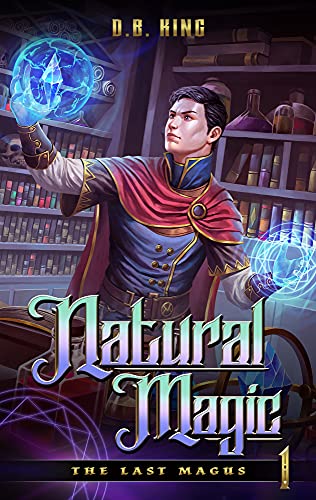 Mastering magic comes only with the greatest of trials...

Alec began his 18th birthday with the temple monks. By day's end, he discovers he possesses magical abilities. Except his magic is unique. He doesn't require grimoires and incantations to cast spells. Alec's magic is entirely natural. He can, somehow, absorb the elements from objects and manipulate them according to his will.

This power is incredible, but difficult to master. If he's going to learn how to use his natural magic, it'll take the tutelage of Archmage Diamondspear, one of the most adept magic users in the kingdom.

And Alec's training is not without its dangers. His abilities manifest and grow when he is in dire circumstances, and his teachers are not beyond putting Alec in the gravest of situations if it means his powers will increase. He'll battle monsters and creatures from his own world, and even those from other worlds.

Join Alec as he faces unknown dangers and learns how to harness natural magic.