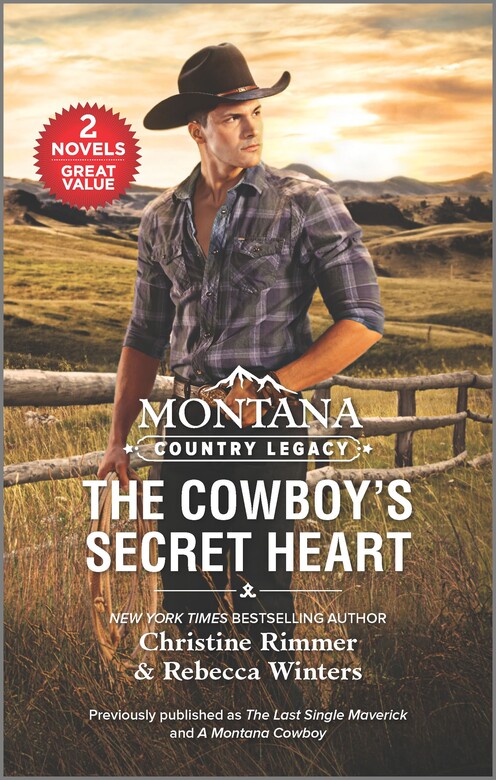 What a cowboy needs

Catching her fiancé cheating on their wedding day has left Jocelyn Bennings jobless, homeless and painfully single. While celebrating her “un-honeymoon,” she bumps into restless rancher Jason “Jace” Traub at a bar. Before you know it, they decide to be “best friends” for a week. But what happens when it’s time to say goodbye?

A Montana Cowboy by Rebecca Winters

Ten years ago, Trace Rafferty left Montana to serve his country. Now the wounded navy flier is coming back to sell the only home he’s ever known. But someone else is living on his hundred-year-old family ranch—a woman Trace hasn’t seen since she was a teenager. How can he turn attractive, widowed—and pregnant—Cassie Bannock out of her home?

Previously published as The Last Single Maverick and A Montana Cowboy