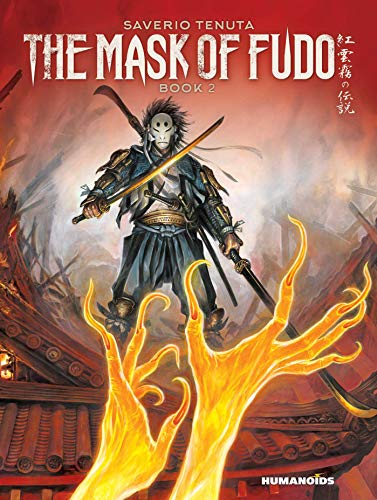 It has been several years since Shinnosuke traded his former life as a humble peasant to become Fudo, the master of the Dokutsu Dojo. As the search for his sister continues, the truth behind her disappearance rocks his world. A fierce sickness known as the crimson plague is spreading throughout the land. Scouring the towns for evidence of its origin, Fudo comes across a strange amulet described by his sickly mother who believes herself to be the last of the Hiroku Priestesses, sorceresses of the dark forces. But when he bestows this gift upon her to calm her mind, Fudo realizes that her madness was only a facade and that he may have helped her unleash something that may bring the end of the world he knows it.