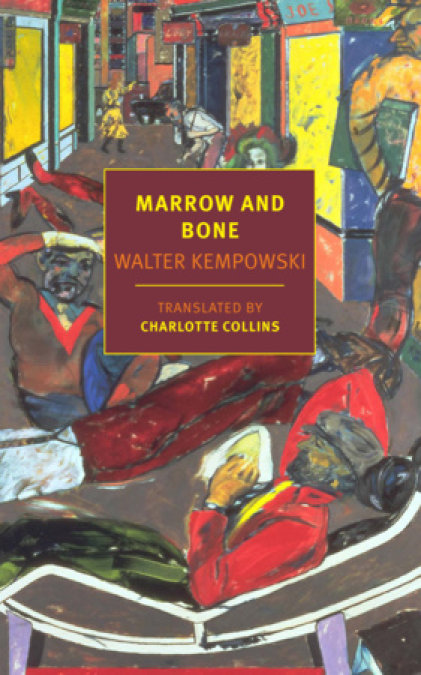 West Germany, 1988, just before the fall of the Berlin Wall: Jonathan Fabrizius, a middle-aged erstwhile journalist, has a comfortable existence in Hamburg, bankrolled by his furniture-manufacturing uncle. He lives with his girlfriend Ulla in a grand, decrepit prewar house that just by chance escaped annihilation by the Allied bombers. One day Jonathan receives a package in the mail from the Santubara Company, a luxury car company, commissioning him to travel in their newest V8 model through the People’s Republic of Poland and to write about the route for a car rally. Little does the company know that their choice location is Jonathan’s birthplace, for Jonathan is a war orphan from former East Prussia, whose mother breathed her last fleeing the Russians and whose father, a Nazi soldier, was killed on the Baltic coast. At first Jonathan has no interest in the job, or in dredging up ancient family history, but as his relationship with Ulla starts to wane, the idea of a return to his birthplace, and the money to be made from the gig, becomes more appealing. What follows is a darkly comic road trip, a queasy misadventure of West German tourists in Communist Poland, and a reckoning that is by turns subtle, satiric, and genuine. Marrow and Bone is an uncomfortably funny and revelatory odyssey by one of the most talented and nuanced writers of postwar Germany.