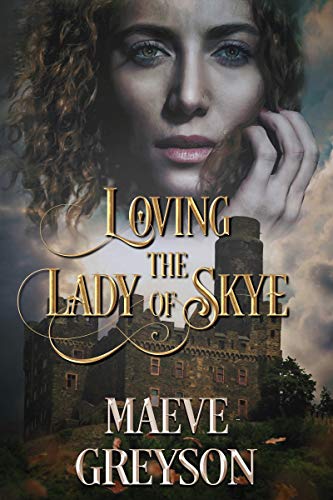 Is one moment of sheer bliss worth an eternity of heartbreak?

He is the Tairgsean Seelie prince, forbidden to leave the safety of the glen.

Alec Danann, prince royal of the Tairgsean Seelie, can choose any female of the thirteen kingdoms to be his mate. But once he discovers Nia Matheson, a lovely, intriguing mortal, his heart wants no other. There's only one problem. His mother the queen forbids consorting with mortals.

She is the laird's daughter, promised to another.

Nia Matheson can't bear the thought of marrying the cruel warlord Morcant MacKay. Not when her visions promise her a man of masterful strength tempered with caring and kindness. But what if he's not real? What if he's just a man of dreams and wishes? Even though her visions have never failed her before, she dare not wait for him any longer. She has to escape her rapidly approaching wedding day. But the MacKay threatens to destroy her clan if she doesn't meet him at the altar.

When the worlds of immortal and mortal collide, can love rise above it all?

If Nia chooses Alec, she must leave her world behind. For once a mortal enters the Glen of Bruadair, there is no leaving. She's loved him since her very first vision of him, but is that enough? Can she leave behind all she holds dear? And if she chooses Alec, how can she protect her clan from the wrath of Warlord MacKay?

**A little bit of fantasy, a little bit of legend, and a lot of page-turning excitement. Mix these into a Scottish historical romance and you've got a wonderful new fairy tale! Enjoy this novella from bestselling author Maeve Greyson. No cliffhangers and a happily ever after are guaranteed!**

Long ago, the Tairgsean Seelie, immortal tenders of this world and many others, explored infinite realities until they discovered the dimension they called Talamh, or earth as the mortal dwellers eventually named it. The delightful place teemed with life and an irresistible energy. The Tairgsean so preferred it above all other realities, they proclaimed it the sacred seat of their thirteen kingdoms. This was where their supreme queen, the Lady Serysa, would place her throne. She named her residence the Glen of Bruadair. Eons later, when the age of man arrived, the humans couldn’t believe Bruadair’s beauty. The mortals found it so enchanting; they called it the Glen of Dreams.

The race of humans that came to be were most intriguing but frustrating to no end. The stubborn beings rarely heeded the Tairgsean’s sage advice. In fact, they usually did the exact opposite. But by far, the worst part about consorting with the humans was the pain they caused the immortals when their brief lives ended, and their souls traveled to where the Tairgsean could never follow. Even so, many of the Tairgsean still risked taking mortals as mates, and they loved them dearly. They felt the short-lived bliss of bonding with a mortal was worth the eternity of heartache and loneliness to follow.

And so, the fragile humans of earth and the immortal Tairgsean lived and loved in harmony until the Lady Serysa, in a moment of rare indulgence, allowed herself the pleasure of claiming a braw, fierce, mortal warrior as her mate. Together, they accomplished something that rarely happened when the races mingled. Their union produced a fine, strapping son.

The Tairgsean queen had never experienced such joy in all her years of existence. So enthralled was she with her precious wee bairn, she offered her beloved warrior a gift from her heart of hearts. She presented him with a chance at immortality. For Lady Serysa possessed the power to bestow the essence of eternal life once every eon during the time of the blood moon. But her mate had to agree to one thing: remain at Bruadair and be bound to the lands of the glen forever. As a warrior of the high seas, the man couldn’t bear to forsake his exciting life as a seafarer. He refused her offer. The royal court believed he chose poorly. Especially when they returned the man’s lifeless body to his ship. All feared Lady Serysa’s wrath would turn on them next.

The queen’s broken heart hardened against all mortals. Never again would she permit her people to subject themselves to the pain of loving those selfish creatures. She shrouded Bruadair in a mystical veil, shielding it forever from the deceitful humans. She forbade her subjects to interact with the heartless beasts ever again. To do so risked the stripping away of their powers and banishment to the dark realm of the Unseelie.

The insufferable humans still occasionally found their way through the magical barrier, stumbling into Bruadair’s midst like lost sheep. Those mortals were immediately brought before the queen and tested. If they failed, they ceased to exist. But if Lady Serysa perceived goodness in their hearts, she allowed them to live. The Tairgseans then returned the innocent blunderers to their homes where they left the humans feeling as though they’d just awakened from a dream.

One such man, Egric Matheson, passed the queen’s scrutiny and was so enamored of her beauty, he laid claim to the lands adjacent to where he had discovered the Glen of Bruadair. Egric hoped someday to gaze upon Lady Serysa’s beauty again if she would deign to allow it. While she never surrendered to the temptation of opening her heart to Egric, the queen watched over him and his descendants as they lived out their days. For Laird Egric Matheson had come as close to possessing her heart as her long ago lover once had, and it frightened her. So, she remained steadfast and refused to break her own edict, but she softened her decision by blessing the Matheson line with her protection and good fortune throughout their days.

Alec Danann, the queen’s son, succumbed to the Matheson allure the first time he spied sweet Nia, granddaughter to Egric Matheson, praying at her grandsire’s cairn. She delighted him not only with her beauty but also with her special way of connecting and communicating with all living things, whether it be a wee timid hare or a tender sapling straining to bring forth its first leaf. Nia Matheson acted more Tairgsean than human. He was more than thrilled when he realized she sensed his presence, even though he’d cloaked himself from mortal eyes as he spied on them from the perimeter of the veil. Humans and their odd ways fascinated him, but not nearly so much as Nia. He would know her better, walk at her side, talk with her. If only he could cross over and really be with her.

And that is where our story begins…