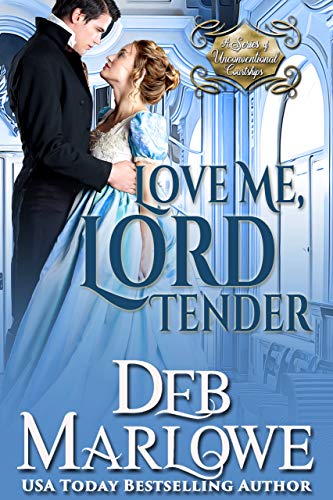 Great story with likable characters . . . I loved Will and Hope!

The characters are charming and will definitely capture your heart.

Debutantes fear him. Their mamas shun him. And it's all the fault of that gossip-monger, Lady X.

William Grey, Lord Tensford, has an old title and an empty purse. He knew it would be difficult to find a Society bride, but after Lady X heeds baseless rumor and brands him Lord Terror, it's next to impossible.

Until he comes to the aid of Lady Hope Brightley, who staunchly defends him to the ton, causing Lady X to re-dub him Lord Tender.

It's no improvement. Now he's a laughing stock as well as a fortune hunter. But Lady Hope means to repay his kindness by helping him to find a bride. But in the end, will she turn him over to the perfect mate? Or ask him to . . . Love Me, Lord Tender?

This novella originally appeared in the anthology, It Started With a Whisper 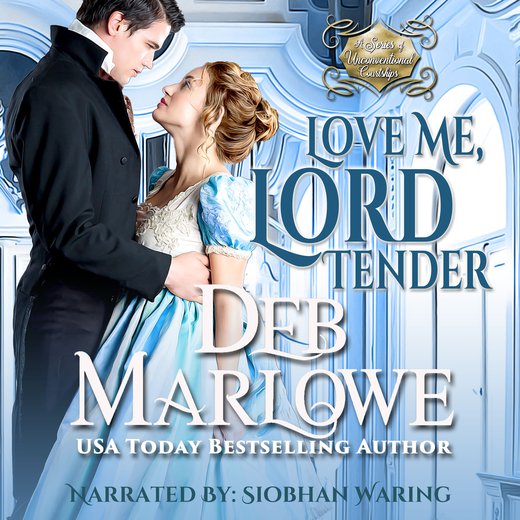 William Grey, Lord Tensford, eyed his host from across the room and suppressed a sigh of impatience.  He could not recall when he’d last attended a London ball.  All around him, members of the ton eyed him askance.  Some gave awkward nods or the occasional bow.  Others frowned or let their gazes slide away as if they had not been staring.

They looked at him with knowing eyes, as if they were already acquainted with everything about him.

They were not.  Nor did they care to be, he had found.  They were not interested in Will Grey.  Only in the terrible Earl of Tensford.

He refused to let their disdain affect him.  But he hated being the object of their gossip.

He moved on.  He’d been waiting to speak with the host of this evening’s event.  A chance for a word with Lord Loxton had been the only thing to tempt him here this evening.  But the earl had been huddled in a corner with Lord Kincade for quite a while.  He wondered if they discussed the growing unrest in the country.  It was part of the reason why he was here.  Loxton, he had heard, was rumored to have had quite a bit of success in modernizing his estates and keeping his tenants happy despite the current difficulties.

Tensford would be thrilled to glean any bit of advice in that direction.  It would be the height of bad manners to interrupt, however.  So he wandered, impatient with the delay.

A pair of young ladies breezed past him.  So caught up were they, in their giggling behind their fans, that they failed to watch their step.  A risk in a crowd like this.  And sure enough, as one girl leaned in to whisper, she stepped on her friend’s hem, sending her stumbling.

“Whoops!”  Tensford reached out and caught the young lady, setting her back on her feet.  “There you are.”

Eyes twinkling, she looked up.  “Oh, thank you so—”

She stopped.  All of her bright color drained away.  “Oh!”  She looked as if she might fall over again—into a faint.  “Lord Terror!”

Her friend snatched her close.  “Lord Tensford, thank you for catching Dolly.  It’s so close in here, she might have been stepped on.”  She retreated, dragging her friend with her.  “Do excuse us.”

The girl he’d caught stared back at him as they fled, all of her laughter and exuberance drowned in fear.  Fear of what?  Of him?  Of taint?  Of scandal?

Fury churned like lava in his gut.  He suffered the irresistible urge to do something.  Something wicked.  Whisper a naughty invitation to a starchy matron or snap his teeth and growl like a dog at a wide-eyed debutante.  Why not?  If he was going to be condemned without trial or question, then he might as well earn his fiendish reputation.

He paced a while longer, ignoring the crowd and keeping an eye on his host, waiting to catch him alone.  After a few minutes, he considered leaving and catching the man another time.

But a footman passed with a tray of canapés, intent on replenishing the buffet.  Tensford’s stomach growled.  So, instead, he followed in the servant’s wake.

Tarts.  That’s what the footman carried to the end of the buffet.  He set about arranging them, while Will took up a plate and the last lobster patty and then turned to the platter of cheeses.

“Oh, dear.”  A feminine voice sounded close behind him.  He glanced back to see a woman moving away from him, approaching the footman.  “Will it be a long delay?” she asked.  “Before the lobster patties are replenished?  I heard Lady Arthnaught say they were culinary creations of sheer bliss.”

Color drained from the servant’s face.  “I’m very sorry, miss,” he said in a hushed tone.  “But the kitchen has run short of lobster patties.”

“But the cook is preparing a lovely salmon mousse,” he offered.

“Thank you.”  She turned back to peruse the other choices and gave Tensford a glancing smile.

He blinked.  Before it could bloom as a conscious thought in his head, Tensford stepped forward, offering his plate.  “But of course, if this is the last, then you must have it.”

It was because of her easy smile.  And because of her eyes.  Large and shining and the same deep, warm brown as his mother’s sable coat, they sparkled up at him over a nose that was long and snubbed the smallest bit at the end.  Her hair was sleek and a similar rich, chocolate color.  It contrasted wonderfully with the soft yellow of her gown.

Their gazes held.  She reached for the plate, all comfortable manner and pleasant acceptance.

And his stomach let out a long, gurgling protest.

The footman’s laugh turned into a cough as he quickly fled.  And then it came—the assessing gaze, the measuring look that would size him up and reduce him to pound notes, parliamentary votes, and rumors of his callous disregard of his family.

He stiffened.  Drew the haughty veil of his indifference around him.

Except that the assessment looked different on her. Kinder.  Her gaze touched on his suddenly fisted hand, on the tense set of his shoulders.  It lingered on the faint shadows that he knew lived beneath his eyes.

“You are very kind, sir,” she said softly.  “But I think perhaps you need that small bit of bliss more than I.”

With a nod, she turned away.

He stood, transfixed.  Something momentous had just happened.  Hadn’t it?

She turned and looked back.  “The lobster patty?” she asked carefully.

She took a step closer.  “I do think that would be frowned upon.”

He laughed bitterly.  “So many things are.”

She considered him for a moment.  “True.  All the really interesting things.”

“It does seem so.”  He held out the plate again.  “Perhaps we might start with the lobster and move on from there?”

“Into more interesting territory?” she whispered.  “It sounds dangerous.”

“We could start with canapés.  Or perhaps a dance.  If more dangerous territory was to follow . . .”  He shrugged.

Her big, bright eyes unfocused a little, as if she was imagining it.