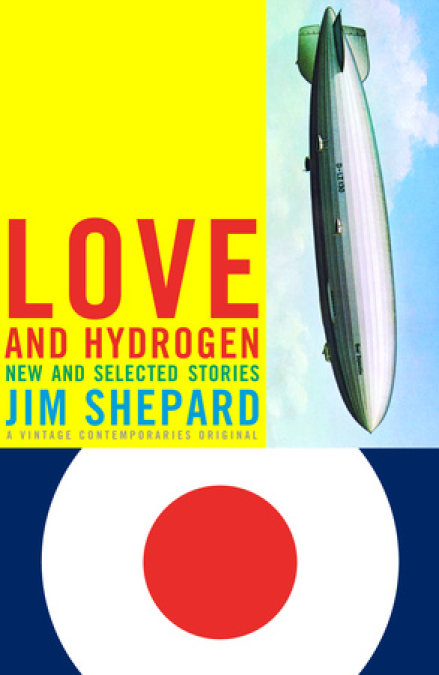 I’ve been a problem baby, a lousy son, a distant brother, an off-putting neighbor, a piss-poor student, a worrisome seatmate, an unreliable employee, a bewildering lover, a frustrating confidante and a crappy husband. Among the things I do pretty well at this point I’d have to list darts, re-closing Stay-Fresh boxes, and staying out of the way.

This is the self-eulogy offered early on by the unwilling hero of the opening story in this collection, a dazzling array of work in short fiction from a master of the form. The stories in Love and Hydrogen—familiar to readers from publications ranging from McSweeney’s to The New Yorker to Harper’s to Tin House—encompass in theme and compassion what an ordinary writer would seem to need several lifetimes to imagine.

A frustrated wife makes use of an enterprising illegal-gun salesman to hold her husband hostage; two hapless adult-education students botch their attempts at rudimentary piano but succeed in a halting, awkward romance; a fascinated and murderous Creature welcomes the first human visitors to his Black Lagoon; and in the title story, the stupefyingly huge airship Hindenburg flies to its doom, representing in 1937 mankind's greatest yearning as well as its titanic failure.

Generous in scope and astonishing in ambition, Shepard’s voice never falters; the virtuosity of Love and Hydrogen cements his reputation as, in the words of Rick Bass, “a passionate writer with a razor-sharp wit and an elephantine heart”—in short, one of the most powerful talents at work today.