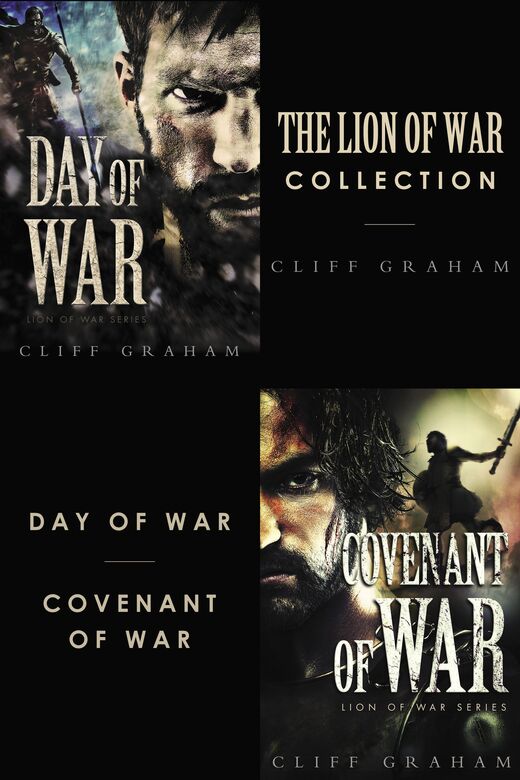 The Lion of War Collection

In ancient Israel, at the crossroads of the great trading routes, a man named Benaiah is searching for a fresh start in life. He has joined a band of soldiers led by a warlord named David, seeking to bury the past that refuses to leave him. Their ragged army is disgruntled and full of reckless men. Some are loyal to David, but others are only with him for the promise of captured wealth. While the ruthless and increasingly mad King Saul marches hopelessly against the powerful Philistines, loyal son Jonathan in tow, the land of the Hebrew tribes has never been more despondent—and more in need of rescue. Over the course of ten days, from snowy mountain passes to sword-wracked battlefields, Benaiah and his fellow mercenaries must call upon every skill they have to survive and establish the throne for David—if they don’t kill each other first.

The year is 993 BC. After years of bloody civil war, Eleazar son of Dodai, one of King David’s most elite warriors, wants nothing more than to finally live peacefully in the land. But on the plains near the Great Sea, a terrifying army of Philistines has mobilized to crush the Hebrew tribes once and for all. In the sun-drenched valleys and dark forests of the hill country, Eleazar and his warriors make their stand against Israel’s deadliest enemy. The fate of an entire nation rests on the courage of a small band of heroes known as the Mighty Men. In a land torn by conflict, depleted by drought and threatened by treachery, the horrors and heroism of the ancient battlefields come to life. Covenant of War is the second book in the Lion of War series—the intense, gritty, and stylistic portrayal of the Mighty Men of Israel, a rag-tag band of warriors who came to King David in his most desperate hour and fought with him while he claimed the throne he was destined to fill. Their legendary deeds are recorded in 2 Samuel 23 and 1 Chronicles 11.