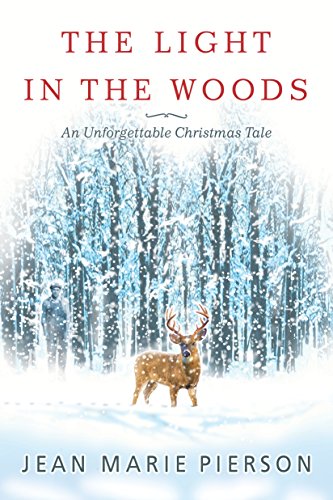 Light in the Woods

Before loose lips sank ships. Before salvage drives. Before a little man started a great big war, there was Santa Claus. Set during World War II, Raymond Kozak, a once-happy and carefree ten-year-old, turns disheartened and angry as he approaches his first Christmas after the death of his father. Ray’s mother implores Oscar Taglieber, a local clock maker, to let Ray work for him after school to keep him distracted. Oscar begrudgingly accepts and the two, along with Ray’s neighbor Olive, begin the task of making toys that local children requested in their letters to Santa Claus. As the three work together a friendship grows. But so does Ray’s curiosity. Because as soon as he starts working for Oscar he notices a buck appear around the neighborhood. A buck that does not run from him. A buck with a white star on its forehead. Ray becomes determined to get to the bottom of the odd events that begin to happen on his street. Between the curious objects Ray stumbles across in Oscar’s house (a sled in the cellar, a red suit in the closet), the strange streaks of light that appear in the night sky, and the same eight deer that lurk in his backyard at night, Ray and Olive are on a mission to figure out just who they are working for and who, or what, is the cause of that light in the woods. Bringing Santa Claus out of the North Pole, Christ out of the heavens, and flying reindeer out of the night sky and into the everyday life of a hopeless child, The Light in the Woods is a Christmas tale that will remain in your heart all year long.