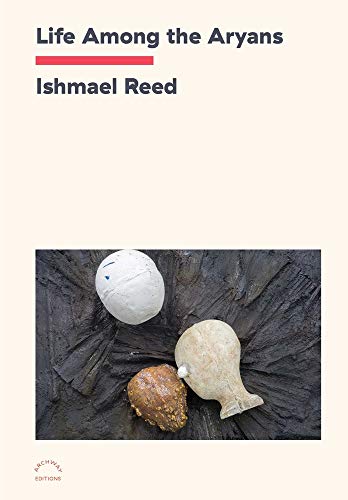 Life Among the Aryans

America's greatest living writer returns with a hilarious, scathing satire of the MAGA mindset. The controversial new play from Ishmael Reed, Life Among the Aryans follows John Shaw and Michael Mulvaney, two modern MAGA white supremacists as they leech off their wives, take orders from grifting Leader Matthews, and plot a unique way around the encroaching societal progress they fear will leave them in the dust.  Full of page-turning dialogue, unexpected twists and hilarious asides, this is the latest urgent must-read from the greatest living American writer. Originally performed at the Nuyorican Poets Cafe, Life Among the Aryans has only grown in relevance, as the violence in Washington D.C. and state capitals around the country shines a light on the persistent unrest among a certain kind of American. A perfect counterpart to last year's The Haunting of Lin-Manuel Miranda, in which Reed investigated the darkness at the heart of Obama-era liberal piety, Life Among the Aryans is a searing, hopeful and above all joyous investigation of what it meant to live through the last four years (and what will come next).