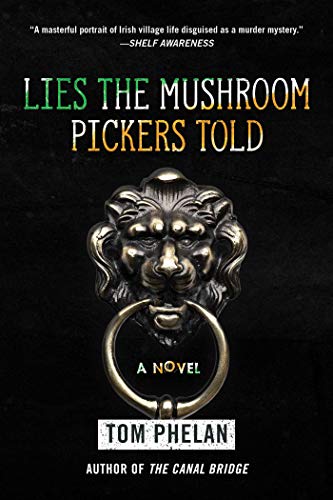 When journalist Patrick Bracken returns to Gohen, the Irish village where he was born, he knows the eyes of the townspeople are on him. He has come home to investigate two deaths that happened decades earlier when he was a child, deaths that were ruled accidental. But Patrick knowsand believes the whole town knowsthey were murders. He knows because he and his best friend, Mikey Lamb, were witnesses. And so Patrick goes to see eighty-year-old Sam Howard, the lawyer who conducted the inquest into the death of missionary priest Jarlath Coughlin. As he questions Sam and Sam’s vibrant, loving, gossipy wife, Elsie, he seeks acknowledgment of a cover-up and an explanation of why the Protestant establishment would help conceal a crime among Catholics. During their give-and-takeabout this and the nearly simultaneous shotgun death of Lawrence Corcoran (a.k.a. Doul Yank)what emerges from their collective memories are a pungent, wry portrait of village life in Ireland and a tangle of human relationships, some twisted and some that show our better side. Part human comedy and part mystery, Lies the Mushroom Pickers Told is a delightful, enthralling, and masterful story of what holds a village together and what keeps people apart.