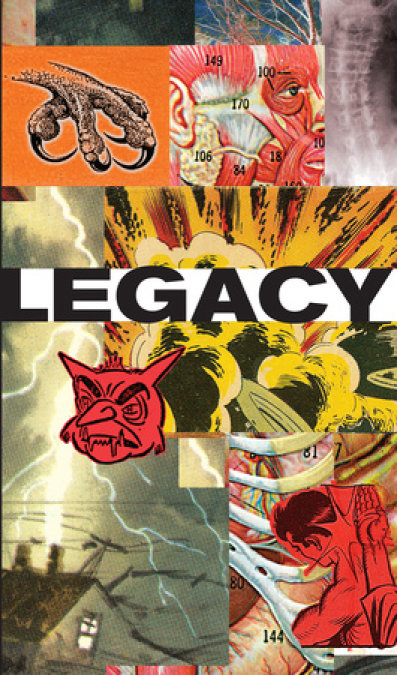 What if your deadbeat dad was a superhero?

What if you found out your deadbeat father is a superhero? Would you leave your small-town life to take up the mantle of a father you never knew? For 18-year-old Lucas, the choice is an easy one: he’s not going to leave behind his mother and his comfortable life for a father who’s never shown any interest in him. But his father—known officially as billionaire Clayton Hartwell, and secretly as the vigilante superhero The Raptor—tells Lucas that as he is dying, evil is growing, and the world needs Lucas to become the new Raptor. When Lucas’s mother is killed by mysterious warriors, he realizes that his father is right. Once in Seraph City, Lucas is stunned by the amount of poverty and crime. But after observing his father’s “heroic” behavior up close, Lucas is left wondering about the line between good and evil. And eventually, he must decide whether to take a stand against the one man who loves him in order to defend a world that desperately needs him.

Even with the industrial-sized fan blowing, it was hot as hell inside the garage of Big Lou's Gas Up & Go.

Lucas Moore was under the hood of Jeb Dolahyde's old Ford truck, using a ratchet wrench to tighten the spark plugs he'd just installed. He could feel trickles of sweat tickling the scalp of his shaggy head, eventually dripping down to and across the bridge of his nose. It was days like this when he wished he had the courage to get a crew cut, to shave it all off, but the ladies seemed to like his untamed, curly black hair.

And what the ladies liked, he kept.

He stood up and pulled a red bandanna from his back pocket, wiping the sweat from his face. All he had to do was change the fluids and he'd be done with the first car of the day, leaving only five more to go.

His head pounded and his stomach was becoming increasingly sour. He knew he should probably have something to eat, but the thought only made him queasy. Lucas wanted to blame his misery on the blazing Arizona heat, but he knew it was more likely the beer and whiskey shots from the night before.

He headed to the workstation in the corner of the garage, stopping in front of the fan and closing his eyes. The warm air didn't provide much in the way of relief, but it was better than nothing.

Head throbbing, he pulled himself away from the fan and dropped the wrench on the workbench. His stomach burbled, and again he considered getting something to eat at the diner across the way, but then he realized that would mean seeing his mother, and he thought better of it.

He flashed back to earlier that morning when his mother had been preparing to leave for work at the Good Eats Diner (also owned by Big Lou). She had started to lay into Lucas about how he had come in drunk, and how he wasn't even old enough to be drinking, and pretty soon that had led into how he wasn't doing anything with his life, and how he would never amount to anything without a high school education.

The fact that Lucas had dropped out of high school earlier that year was a real sore spot for his mom, but Lucas saw it as looking at things realistically. He believed high school wasn't going to teach him anything that was going to help him much in life, especially when he more or less knew he was going to end up fixing cars in Big Lou's garage anyway.

Dropping out of school had just helped him on his way to an inevitable career path. But try telling his mother that.

He was walking over to a display of radiator fluid when he heard his name called.

Lucas turned to see Richie Dennison and two of his punk friends, Teddy Shay and Vincent Clark, saunter into the garage.

"What can I do for you, Richie?" Lucas asked, taking a plastic container of radiator fluid over to the pickup.

"I told you last night it wasn't over," Richie said. He stood with his hands out to either side, like a gunfighter ready to draw.

Lucas's head immediately began to throb harder. "What wasn't over?" he asked, setting the container of coolant down in front of the truck and approaching the three.

"You know what I'm talking about," Richie snarled. "Playing stupid isn't going to help you."

Seeing Richie had begun to stir up some memories from the night before, but they were buried pretty deep. Lucas vaguely recalled making a comment about Richie's girlfriend. "This doesn't have anything to do with something I said about Brenda, does it?" he asked.

"I told you never to say her name to me again!" Richie shouted, coming at Lucas with his fists clenched.

Lucas backed up, throwing his hands in the air. "Hey, look, I'm sorry, all right? I don't even remember what I said. But I'm sorry. Okay?"

Richie smirked and his friends chuckled.

"Figured you'd try to get out of it once your buddies weren't around to back you up," he said.

"Not too drunk to run your mouth and talk trash about my girlfriend," Richie replied.

Lucas thought for sure he was going to throw up. The heat and his hangover were making him feel sicker by the second. "What do you want from me?" he finally asked, trying to keep the annoyance out of his tone. "I said I was sorry. I shouldn't have talked trash about Brenda."

Richie moved more quickly than Lucas expected, slamming a fist into his jaw and sending him stumbling to one side.

But he didn't go down.

"I told you not to say her name," Richie said menacingly.

Lucas held the side of his face. "I think it's time for you all to get the hell out of here," he said, jaw throbbing.

He knew he'd been wrong the night before, even though he couldn't remember exactly what he'd said. He did have a tendency to run his mouth after a few beers, and probably deserved that punch.

"We'll get out, all right," Richie said as he and his buddies came at Lucas. "Just as soon as we're done stomping your ass."

Lucas liked a good scuffle as much as the next guy, but three against one? That just wasn't right.

He ducked his head low and charged. Teddy tried to hold Lucas's arms behind his back, but Lucas drove the heel of his heavy work boot down onto Teddy's sneakered foot. The kid screamed, limping backward, giving Lucas a chance to concentrate on the other two.

Vincent knocked him back with a punch that grazed his cheek, but it gave Lucas the opportunity he needed. He dove at the guy, grabbing him around the waist and bringing him down to the ground. He pinned Vincent to the floor and put everything he had into a punch to the kidneys.

Richie threw his arms around Lucas's thick, muscular neck, pulling him from his friend, who now writhed on the floor, moaning. Lucas jabbed his elbow back into Richie's stomach, loosening Richie's grip enough that Lucas was able to turn and throw a right cross into the guy's face, sending him sprawling to the floor.

Breathing heavily, Lucas stood unsteadily as he watched Teddy help Vincent up from the floor. Both eyed him cautiously.

"Get out," Lucas said, spitting a wad of bloody saliva onto the concrete floor.

They didn't move, waiting as their ringleader got to his feet.

"Don't make me tell you again," Lucas warned. He really wasn't ready for round two, but he didn't think the three of them had it in them either.

"This isn't over," Richie said, his back to Lucas.

What happened next was a blur.

Lucas thought the boy was leaving, but Richie spun around. Something glinted in the glow of the fluorescent lights as he surged toward Lucas. Lucas tried to block the thrust, but he wasn't fast enough, and suddenly there was an explosion of pain, followed by a cold numbness in his stomach.

Lucas looked down at himself as Richie stepped back. He could see the new hole in his T-shirt, a scarlet stain starting to expand around it.

"What did you do?" Lucas asked, horror beginning to sink in.