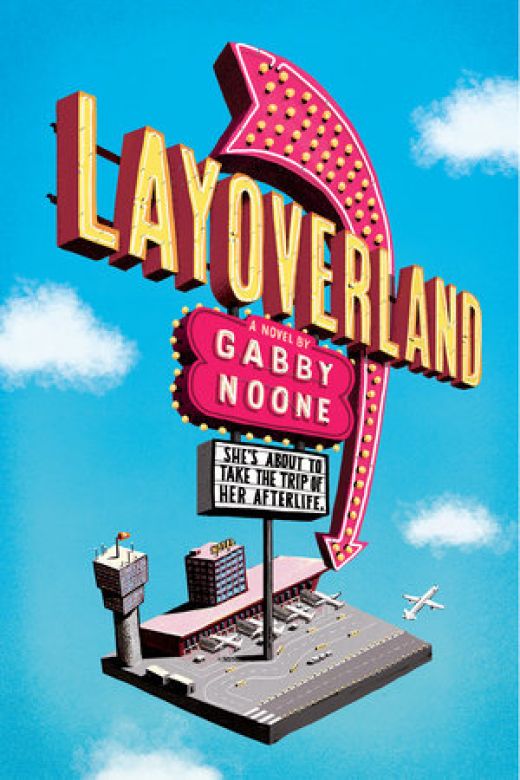 "A cheeky take on the afterlife brimming with sass, angst, and heart." --Christine Riccio, New York Times bestselling author of Again, but Better.

At least, that's what she believes. Her last day on Earth, she ruined the life of the person she loves most--her little sister, Emmy. So when Bea awakens from a fatal car accident to find herself on an airplane headed who knows where, she's confused, to say the least.

Once on the ground, Bea receives some truly harrowing news: she's in purgatory. If she ever wants to catch a flight to heaven, she'll have to help five thousand souls figure out what's keeping them from moving on.

But one of Bea's first assignments is Caleb, the boy who caused her accident, and the last person Bea would ever want to send to the pearly gates. And as much as Bea would love to see Caleb suffer for dooming her to a seemingly endless future of eating bad airport food and listening to other people's problems, she can't help but notice that he's kind of cute, and sort of sweet, and that maybe, despite her best efforts, she's totally falling for him.

From debut author Gabby Noone comes a darkly hilarious and heartfelt twist on the afterlife about finding second chances, first loves, and new friendships in the most unlikely places. 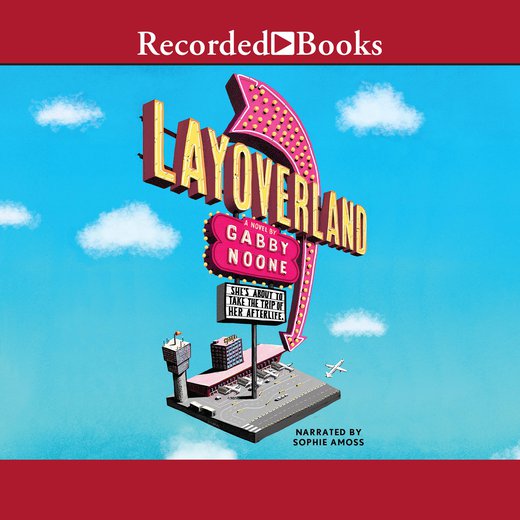 You know the kind of crying where you’re crying over one thing and then you think about a slightly less upsetting but still definitely upsetting thing and it makes you cry even more? And then you think about every bad thing that’s ever happened to you in your whole life and everything you think is unfair in the world? And it’s like you’re taking part in some Guinness World Record competition to see who can fit the most toppings on a single pizza and your face is the pizza and your tears are the toppings? The pepperoni of your mistakes, the black olives of not being pretty enough, the mushrooms of rejection, and, for good measure, a few chunks of pineapple to represent how bees are dying at an alarming rate and you have no idea how to stop it?

I’m not usually someone who cries. I wasn’t familiar with this kind of crying until today, but it’s the kind of crying I’m doing as I drive around in my used Honda Civic. My car was manufactured in 1999, which is three years before I was born, four years before my little sister was born, and twenty years before today, when I accidentally ruined her life.

I mean, I don’t think her whole life will be ruined, but her life right now is ruined, and isn’t that really the same thing?

I’m too ashamed to make my way home and face her, but I’ve been crying so much that I’m afraid of showing my red puffy face anywhere in public. I don’t have a best friend’s house to seek refuge in because, to be honest, my sister was my best (and only) friend. So I’ve just been driving aimlessly around town for the last five hours.

But after hours of driving around in circles in total silence, I decide I need to find something to listen to. Maybe music will make things better or, at least, drown out the sound of the ragged sobs that are somehow coming out of my own mouth and not that of some wild animal. At a stoplight I scroll through my phone and try to pick something, but nothing feels right. I look at the Top 50 Songs in America playlist. Every track is either about people who are having sex or wish they were having sex. I can’t believe that I’ve ruined my sister’s life and there isn’t even an appropriate soundtrack for me to feel bad about it over.

“Hey, Siri,” I sob into my phone. “Play a song about missing your sister.”

I think talking to the virtual assistant feature on any phone or TV is so deeply idiotic, but I use it sometimes while I’m driving because the only thing more idiotic is being the teenage girl who actually gets in a car accident while looking down at her phone. I refuse to be a useful statistic for local nagging parents.

“Playing ‘Hey, Soul Sister’ by Train,” the robotic female voice says back to me.

“What? No! Play a song about missing your sister!”

The opening notes blare out of my phone speaker.

But the song keeps going. The singer says something about a girl’s lipstick stains on his head or something. It’s definitely a song about people who wish they were having sex and not about actual sisters.

“That doesn’t even make any sense!” I half yell-sob as I throw the phone onto the passenger seat.

But before I can ask Siri to change the song again, I see a silver SUV driving on the wrong side of the road, speeding straight toward me. I blink back my tears, hoping it’s a hallucination or just some kind of optical illusion created by the makeup pooling on my eyelids. Just as I frantically try to hit the brakes, we collide. Then it all happens so fast, yet so, so slowly.

Our cars make an awful squeaking, crunching noise, like someone dragging a million pairs of long acrylic nails over a chalkboard and crushing a million soda cans all at once. Then it’s like I can see my own body rise up into the air and my head smashing into the glass of the front window. For a quarter of a second, the other driver and I make panicked eye contact, then his head slumps forward. Somehow, though, the music from my phone keeps playing.

With shards of glass covering my neck, and my spine cracking in multiple places, all I can think is: I’m going to be so pissed if I die while this song is playing.