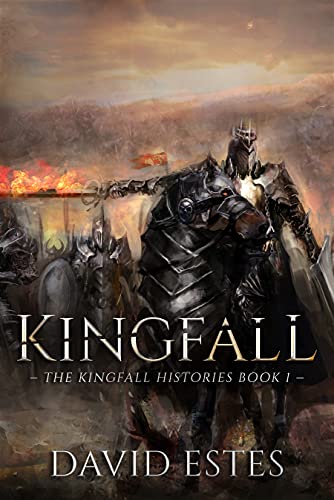 Be bright but do not burn. Embrace the darkness but do not live in the shadows. The powerful godblades were believed to be lost nearly half a millennia ago, when the Godswar ended. Now, however, one has been found by the unlikeliest of wielders: Sampson Gaard, a sheltered prince who's been told he'll never rule Teravainen. As his power grows, the only question is whether he controls the blade or the blade him. With an insidious evil lurking in the shadows, the answer may very well determine the fate of all Kingfall.

Fans of A Game of Thrones, The Stormlight Archives, Legends of the First Empire and The Fatemarked Epic will enjoy The Kingfall Histories. Start your 5,000+ page epic adventure today.