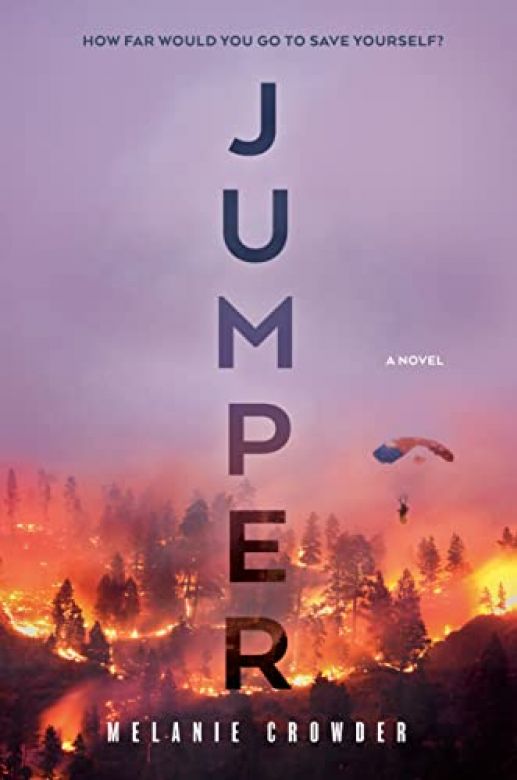 In a ripped-from-the-headlines story, nineteen-year-old Blair's passion for fighting fires lands her a spot with the Forest Service and sets her on a wilderness adventure that quickly turns catastrophic.

How far would you go to save yourself?

Blair Scott is in her second season as a wildland firefighter when the Forest Service puts out a call for an additional class of smokejumpers. She and her best friend Jason both apply, though neither expects to get in since they’re only nineteen. But it’s been a devastating fire season, and they are both accepted. But going to training camp is only the first step—everyone expects the teenage rookies will wash out in the first week. Blair has always been touchy about people telling her she isn’t good enough, so she begins taking unnecessary risks to prove herself. It doesn’t take long before everything spins out of control, leaving Blair struggling to cope.

A story of courage, self-knowledge, and ultimate triumph over the elements, Jumper is a dramatic wilderness adventure that explores what it takes to survive—in every sense of the word. 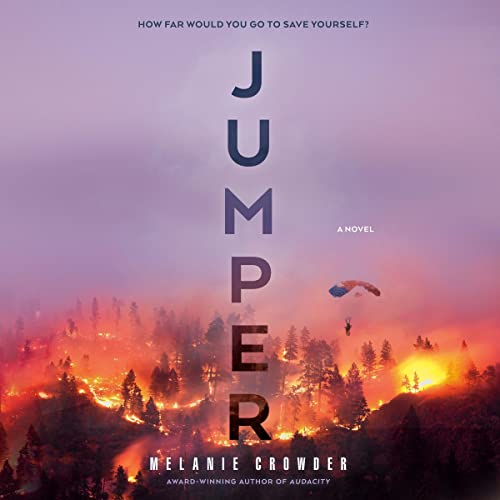 ORDERS COME IN, pulling us off the Yellowstone fire and sending us back to our hotshot compound. Shortly after we arrive, Vick steps into the bed of a mint-green USFS truck, bullhorn in hand. His voice crackles through the speaker, any emotion he may feel broken by the static and hidden behind a pair of mirrored sunglasses.

"At fourteen hundred hours yesterday, a handcrew out of northern Idaho got caught between two walls of fire. We haven’t had a burnover situation in—well, it’s been a long time. There are no survivors. Members of the shot crew deployed to help clear an exit path sustained serious injuries that will ground some of them for the season.”

I swallow, hard. My body might fail me out there where I’ll be too far from a hospital to recover—I know that. But dying on a fire because all the watch-outs and orders, the radios and weather updates, all the safety measures still aren’t enough—that’s another thing entirely. I don’t want to die engulfed in flames I can’t escape. None of us does.

The bullhorn screeches as Vick’s trigger finger goes slack. He lets the thing drop to his hip, then raises it again a time or two before he’s able to speak again. “I don’t have to tell you that what happened yesterday changes things. Every loss to a wildland crew is a loss for all of us. Thanks to rising temperatures and forests packed full of fuel, fire behavior is changing—we’re doing what we can to stay ahead of it. You can be sure, in the months and years that follow, we will study what happened out there so we never get caught in that situation again.

“We are being retasked to the Red Rock fire that just broke out. That fire doesn’t care if we’re in mourning. It’s still burning, and we have to go meet it. That’s our job.” Vick clears his throat. “You already know recruitment for wildland fire is down across the board and has been for a few seasons now. We haven’t been able to fill vacancies with qualified applicants, never mind how this incident will set our numbers back.

“Admin is putting folks who’d normally have a cushy desk job in the Forest Service, or fieldwork in fisheries or wildlife management at the Bureau of Land Management, through a week of standard fire camp, starting tomorrow. That personnel will slot into handcrews; those firefighters will shift to fill your posts as needed, freeing you all up to fill other vacancies requiring
initial-attack experience. Now, while this may be your second or third season on a shot crew, and under normal circumstances you wouldn’t move to a permanent posting or leadership position for another few years, we’re going to need you to step up. I’ll be calling several of you in over the next few days with new postings.”

Vick clicks off the mic.

My heart rate ticks up. Nerves crackle and spike through our crew like lightning between thunderheads. And beneath that, a ground current of fear. Eager as any of us are to get after that next fire, coming face-to-face with the life and death reality of the work we do is—well, it’s hard.

But chances to jump the line don’t come along often. Okay, never. The kind of quick promotion Vick’s talking about is unheard of. Jason scuffs his feet in the gravel—I don’t have to look up to know there’s a grimace creasing his face. To his way of thinking, I’m always too eager, too ready to leap ahead of myself, too willing to reach too far for my own good. And he isn’t wrong. But it isn’t disapproval, not really—it’s fear. He’s scared for me. For what I might do to prove to everybody that I’m capable ofsomething I’m nowhere near ready for.


Everybody’s always been worried about me, constantly. And with good reason, I guess.

I was a sick kid. I don’t remember Valentine’s Day parties or water balloon fights at Field Day or any of the rest of that fun stuff from elementary school. I remember tubes down my throat, needles scarring my arms, and a million beeping, burping machines. Those exam rooms have a particular smell—obnoxious sterility. Industrial-strength disappointment. Clinical doom. To this day, I have to talk myself down from puking every time I go into one.

My parents and I were in and out of a gajillion doctors’ offices, but we never left with any answers. It made my mom crazy—this puzzle she couldn’t solve. This thing that was hurting me that she couldn’t fix.

Then, for some reason the doctors could never explain, whatever it was just stopped by the time I turned twelve. My body became strong again. Really strong. So when, a few years later, in the middle of junior year, I started dropping weight no matter how much I ate and struggled through bouts of dizziness and confusion, it was back to the domino line of doctors. Another battery of tests. Full-body scans, test chambers, blood draws, my veins scarred and withered and every bit as stubborn as I am. Another wave of sleepless nights, my parents pacing the hall outside my bedroom.

But this time, the doctors had an answer.

My parents sat, stunned, on one side of the exam table, while Jason sat on the other, with me in between, desperate to hear anything other than the fact that my body had betrayed me again. The endocrinologist explained that type 1 diabetes is a condition I’ll have for the rest of my life. He cheerily offered that it was perfectly manageable with careful monitoring and insulin dosages, assuming I didn’t overexert myself with strenuous physical activities that could deplete my already taxed systems.

By seventeen, I was already hell-bent on a career in wildland firefighting. And I knew I wanted to push myself until I earned a spot jumping out of planes to get to those fires.

I’d already been held back once; I wasn’t going to let that happen again.

Then, I think to scare me, he mentioned that monitoring diabetes was an around-the-clock job, that low blood sugar was as dangerous as high blood sugar, and that I could slip into a diabetic coma in the middle of the night and never wake up. Well, that decided it for me. If I had to pick between dying in my sleep or out on the fire line, I knew my choice. Didn’t have to think twice about it.

The doctor rattled off a series of symptoms and risk factors, but all I could process was the fact that no way would any crew boss pick me over the other dozen badass candidates who weren’t a health risk and a liability. So I decided right there, in that crepey exam gown, with my insides and my outsides on display for everyone to see and weigh in on, that I’d have to keep the diagnosis a secret.

I think my insistence on fire no matter the risks is what broke things between me and my parents—they were on the home stretch, had kept this sickly child alive all those years. And then, when I was almost out of the house and out of their care, safe and sound, something else went wrong. And rather than take the treatment advice the medical professionals recommended, and accept the long list of things I couldn’t or shouldn’t do, I threw myself headlong into a line of work that was probably going to get me killed.

At least, that’s what they saw.

But by the time fire season started after my junior year, I waseighteen and able to make my own medical decisions.

Aunt Cate knew better than to try to talk me out of it. Instead, she made it her job to help me track my insulin levels at various exertion and hydration scenarios, and to use sports gummies packed with electrolytes and known quantities of carbohydrates to help prevent a dangerous event out on a fire. And she modified my tech, too, so I could enter my carb intake on a smartwatch instead of at the insulin pump jabbed into my abdomen, meaning I could discreetly track my numbers while I was in the field, surrounded by other firefighters. Every diabetic is different; it took some time to figure out what kinds of carbs, in what quantities, kept my glucose level steady in high-stress, high-activity situations.

And it worked—only Jason knows the truth.

I made him promise to help me hide it on the job. But sometimes I wonder if Jason would’ve taken that football scholarship if he weren’t so committed to keeping me out of the ER. Sometimes I wonder if he’d be out here at all if it weren’t for me and my condition. Some nights, when I’m staring up at a smoky, starless sky, I wonder if I had any right to ask that of him in the first place.