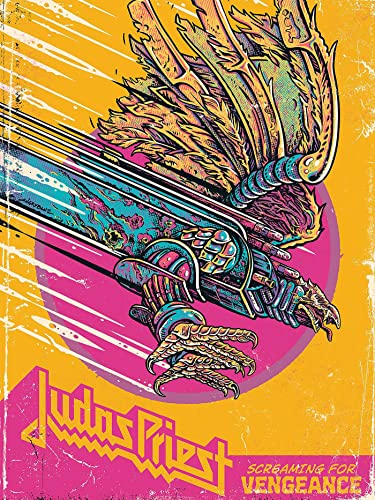 Celebrate 40 years of Screaming for Vengeance with the official graphic novel!

500 years from now, a ring of cities orbit high above the surface of a dead world, controlled by a ruling elite that maintains power through manipulation and brutality. When a naïve engineer inadvertently threatens the status quo with his vital scientific discovery… A BLOODSTONE... he is betrayed by those he trusted and cast out to the broken planet below.  In the wreckage and desolation of a broken world where every day is a battle for survival, he must choose between accepting his new life in exile…or SCREAMING FOR VENGEANCE.