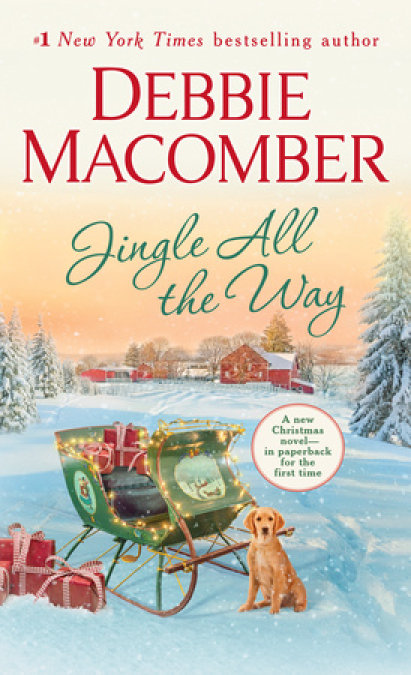 NEW YORK TIMES BESTSELLER • Love can transform even the best-laid plans in this heartfelt Christmas novel from the queen of Christmas stories, Debbie Macomber.

Trapped in the middle of five siblings, Everly Lancaster always had big dreams. Now a top real-estate executive, Everly finds her work is her life, leaving no space for anything (or anyone) else. Sensing her stress, Everly’s boss insists she take December off. At first, a month away seems crazy—how will the company survive without her? But Everly’s mother convinces her otherwise. She deserves a vacation—plus, when she returns, she’ll have no excuse to skip family Christmas like she did last year.

But after her vengeful assistant books a guided cruise in the Amazon instead of the luxury beach vacation she expected, Everly is horrified to realize that she’s about to spend the next two weeks trapped—with no Wi-Fi!—in the rain forest. Not even Asher Adams, the ship’s charming naturalist, can convince Everly that the trip will be unforgettable. Slowly but surely, she realizes he is right: the sights are spectacular. And with each passing day, Everly’s relationship with Asher deepens, forcing her to take a long, hard look at her priorities.

Everly and Asher begin to see magic in the possibility of a life together. But as the cruise nears its end, and Everly’s family Christmas approaches, both must decide if love is worth the risk. A merry surprise may be in store in Debbie Macomber’s newest holiday delight. 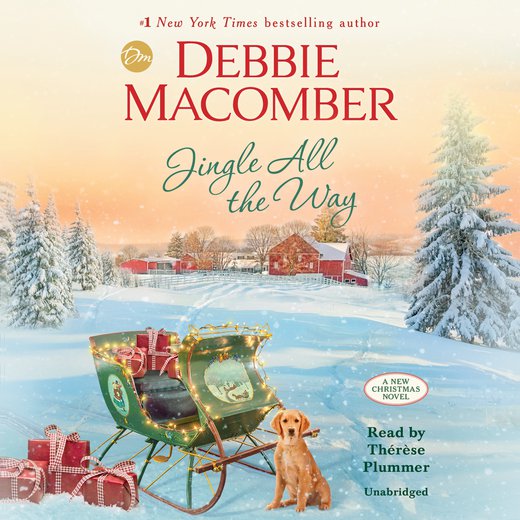 Everly Lancaster was ready to explode. Her assistant, Annette, the very one Jack Campbell, her business partner and CEO, had highly recommended she hire, who also happened to be his niece, had made yet another crucial mistake. One in a long list of costly errors. This time, however, this Gen Z, spoiled, irresponsible, entitled young woman had gone too far.

“It’s really not that big a deal,” Annette insisted, smiling as if to suggest this had all been a small misunderstanding. “You did fine without your speech.”

The award banquet held in the posh Ritz-Carlton Hotel, half a block off Chicago’s Magnificent Mile, honored the top brokers for the online real estate company Easy Home. As Everly stepped onto the podium to deliver her carefully crafted speech, she discovered that her empty-headed assistant had downloaded the wrong talk and graphics. As a result, Everly had been forced to stumble through what she remembered of it. To her acute embarrassment, she’d sounded ill prepared, fumbling over words and names.

Everly was always at the top of her game. She did not stand up before a crowded banquet room and make a fool of herself.

“Not that big a deal?” Everly repeated, after the banquet. Annette had tried to escape without Everly noticing. No such luck. Everly had the assistant in her sights, and no way was she letting Annette sneak out.

“This is the last straw,” Everly said, managing to keep her anger under control. “I’ve given you every opportunity. I’m afraid I’m going to have to let you go.”

“You’re firing me?” Annette asked in utter disbelief. “But I’m doing the best I can.” For emphasis, she added a loud sniffle. “You’ve never liked me. From the day I started you’ve been demanding and critical.” Her eyes filled with tears as if that would be enough to convince Everly to change her mind. She sniffled again for extra measure, her shoulders making dramatic shudders.

No way was Everly going to allow Annette to turn this on her. “Your best isn’t good enough. You don’t possess the skills I need in an assistant. The first thing Monday morning I’ll explain to your uncle that you will no longer be working with me or Easy Home.” Everly couldn’t think of a single position this ditzy girl could handle in the entire company. She’d even managed to mess up answering the phone on more than one occasion.

Annette’s tears evaporated and a cocky expression came over her. “Uncle Jack won’t let you fire me. I’m his favorite niece.”

Everly gritted her teeth. “We’ll see about that.”

With a confident flair, Annette whirled around and stormed straight to her mother, who stood in the rear of the ballroom, waiting for her daughter. Everly watched as Annette burst into tears and pointed at Everly. A horrified look came over Louise Campbell as she started to weave her way around the tables toward Everly.

Bring it on, sister, Everly thought, more than prepared to face this tiger mom. Before that happened, however, Everly was waylaid by one of the brokers with a question. When they finished speaking, both Annette and her mother were nowhere to be seen.

Everly had a reputation to protect. She’d worked hard to make Easy Home the success that it was. What Annette said about Jack defending her was a worry, but nothing she couldn’t handle.

The problem was Jack and his easygoing, everything-will-take-care-of-itself attitude. They’d met in college while getting their business degrees. Jack was the creative mastermind. Everly possessed the business savvy and drive to take his idea of an online real estate company for Chicago and put it in motion. Six years ago they’d formed a partnership, and, working side by side, the concept had grown at a furious rate. With Everly at the helm, overseeing the everyday operations, Jack was content to rest on his laurels after handling the media-facing and investors. Basically, he left the running of the company to Everly. And she’d let him.

First thing Monday morning, Everly approached Jack in his office. “We need to talk about Annette.”

Jack barely glanced up from his in-office putting green, where he stood, gauging the distance between the golf ball and the hole.

When he didn’t respond, Everly said, “I’ve given her every opportunity, Jack. I’m letting her go.”

Jack, ever willing to overlook his niece’s complete lack of professionalism, sighed loudly. “I know. I know. And I appreciate the way you’ve taken her under your wing. This is my sister’s girl and it means the world to Annette to have the chance to learn from you. You realize she idolizes you.”

Then God help her if the young woman intentionally had it out for her, Everly mused. “Jack, take your eye off that golf ball and look at me. Favorite niece or not, I’m done.”

Jack looked up and his eyes widened. “Annette was named after my mother.”

“I don’t care if she was named after the Statue of Liberty, I refuse to work with her a minute longer. The girl is incompetent.”

That he would ask infuriated Everly. “No.”

“No?” Jack looked both crestfallen and shocked.

After mentally reciting the alphabet, she tried again. “I know you love Annette and want to please your sister, but I’m the one left to deal with this pampered, entitled, inept girl.”

Jack pretended not to hear and did a couple of practice golf swings. “I’ll think on it,” he said, as if this was his decision.

Which was so Jack. He had tunnel vision and refused to deal with unpleasantness, especially anything having to do with his family.

“Great. You want to keep Annette working here, then I have an idea,” Everly said with an exaggeratedly cheerful note. “Make Annette your assistant.”

“I can’t do that,” Jack insisted, leaning against his putter. “Maryann has worked with me from the beginning. Besides, Annette is family.” To his credit, Jack looked uncomfortable. When he glanced up, a pleading expression came over him. Everly knew that look. He was trying to figure out a way to change Everly’s mind. That wouldn’t work. Not this time.

Jack smiled. “I know you’re upset, and you have a right to be. It was a silly mistake, but Annette apologized . . .”

“Silly mistake? She apologized?” If he defended this nitwit one more time, Everly was going to walk out the door and leave the running of the company to him and see what he had to say then.

Jack stared at her for a long moment. “I’m pleading with you, Everly. Give her one more chance, that’s all I’m asking. With a fresh start I believe Annette will prove her worth. Don’t make a hasty decision.”

He must have noticed the stubborn expression she wore, because he added, “Remember, this is her first job out of college. We all make mistakes. You did. I did. We were fortunate that people believed in us. Is it so much to ask that we give my sister’s daughter the same opportunity?”

“Admit it, Jack, anyone else would have been out the door weeks ago.”

Everly shook her head. “What you fail to realize is that Annette not only let me down, but she’s failed you, and this entire organization. You aren’t going to be able to turn this around. I’m not changing my mind.”

Having had her say, Everly left his office.

Annette sat at her desk, wearing the same cocky look she had at the banquet. The twerp knew her uncle would never fire her, and she thought this made Everly powerless. Everly hadn’t built this company and earned the respect of this industry to let some kid win this war.

Jack followed Everly into her office. He paused long enough to close the door before facing her. After a moment, he leaned forward and braced both hands on the edge of her desk. “When was the last time you had a vacation?”

Of all the responses she’d expected from him, this one was a surprise. “A vacation?” she repeated. “What does that have to do with anything?”

“You’re stressed out, and it’s showing.”

“Ya think?” she said with a huff. “I can’t and won’t tolerate incompetence. If anything, Annette is responsible for upping my stress level.” She already had her hand on the phone to connect with HR. Whether Jack liked it or not, Annette was getting fired.