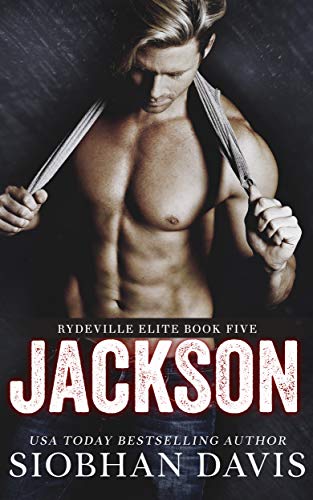 The devil came to me in disguise. Too bad I didn't notice until it was far too late.

Vanessa:
The devil doesn't always wear an evil mask.
Sometimes, he appears in the most beautiful form.
Like the super-hot bad boy with the dirty-blond hair and a wicked glint in his blue eyes who swept in out of nowhere, stealing all the air from my lungs.
I thought he was my savior.
But he's my ruination.
And he's just taken a machete to my heart.

Jackson:
For years, my rage seethed under the surface. Hidden behind a cloudy haze of my poison of choice.
But now, the fog has cleared.
And I'm out for blood.
I will annihilate those responsible for taking my sister from me.
Except he's not here, so I go for the next best target.
The woman he abandoned.
Until it suited him to drag her into this messed-up elite world.
Sucks to be her.
Because when I'm done with Vanessa, she'll wish she was dead.

A STAND-ALONE dark romance set in the Rydeville Elite world. You do not have to read the previous books in this series to enjoy this book as it's a new couple and it ends with a HEA. Due to mature content and themes, this book is recommended to readers aged eighteen and over. Some scenes may be triggering. Full length, 126k word, novel.