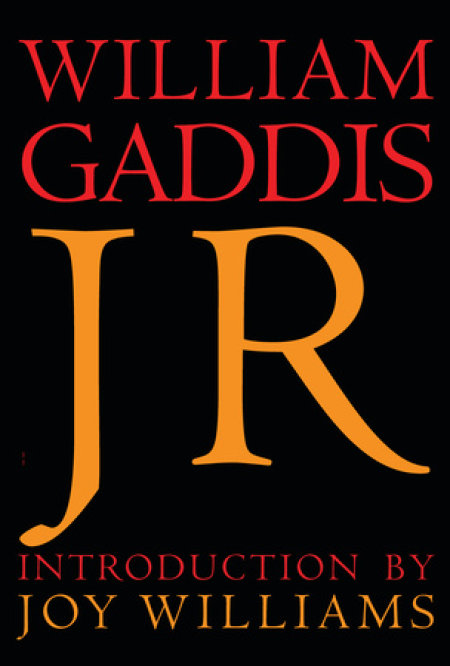 A National Book Award-winning satire about the unchecked power of American capitalism, written more than three decades before the 2008 financial crisis.

At the center of J R is J R Vansant, a very average sixth grader from Long Island with torn sneakers, a runny nose, and a juvenile fascination with junk-mail get-rich-quick offers. Responding to one, he sees a small return; soon, he is running a paper empire out of a phone booth in the school hallway. Everyone from the school staff to the municipal government to the squabbling heirs of a player-piano company to the titans of Wall Street and the politicians in Washington will be caught up in the endlessly ballooning bubble of the J R Family of Companies.

First published in 1975 and winner of the National Book Award in 1976, J R is an appallingly funny and all-too-prophetic depiction of America’s romance with finance. It is also a book about suburban development and urban decay, divorce proceedings and disputed wills, the crumbling facade of Western civilization and the impossible demands of love and art, with characters ranging from the earnest young composer Edward Bast to the berserk publicist Davidoff. Told almost entirely through dialogue, William Gaddis’s novel is both a literary tour de force and an unsurpassed reckoning with the way we live now.