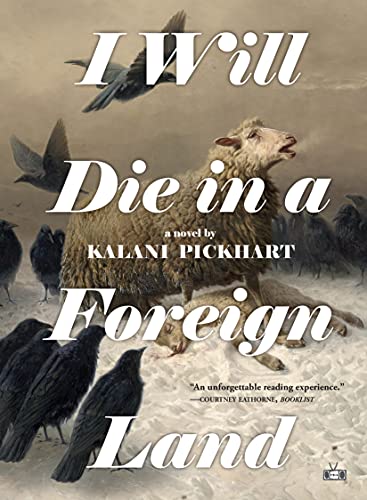 An ABA "Indie Next List" pick for November 2021.
"A debut that is as thoughtful as it is explosive." —BuzzFeed
"Innovative, emotionally resonant, and deeply affecting." —Kirkus, Starred
"It's a stunner." —Publishers Weekly, Starred

A century later, in November 2013, thousands of Ukrainian citizens gathered at Independence Square in Kyiv to protest then-President Yanukovych's failure to sign a referendum with the European Union, opting instead to forge a closer alliance with President Vladimir Putin and Russia. The peaceful protests turned violent when military police shot live ammunition into the crowd, killing over a hundred civilians.

I Will Die in a Foreign Land follows four individuals over the course of a volatile Ukrainian winter, as their lives are forever changed by the Euromaidan protests. Katya is an Ukrainian-American doctor stationed at a makeshift medical clinic in St. Michael's Monastery; Misha is an engineer originally from Pripyat, who has lived in Kyiv since his wife's death; Slava is a fiery young activist whose past hardships steel her determination in the face of persecution; and Aleksandr Ivanovich, a former KGB agent, who climbs atop a burned-out police bus at Independence Square and plays the piano.

As Katya, Misha, Slava, and Aleksandr's lives become intertwined, they each seek their own solace during an especially tumultuous and violent period. The story is also told by a chorus of voices that incorporates folklore and narrates a turbulent Slavic history.

While unfolding an especially moving story of quiet beauty and love in a time of terror, I Will Die in a Foreign Land is an ambitious, intimate, and haunting portrait of human perseverance and empathy. 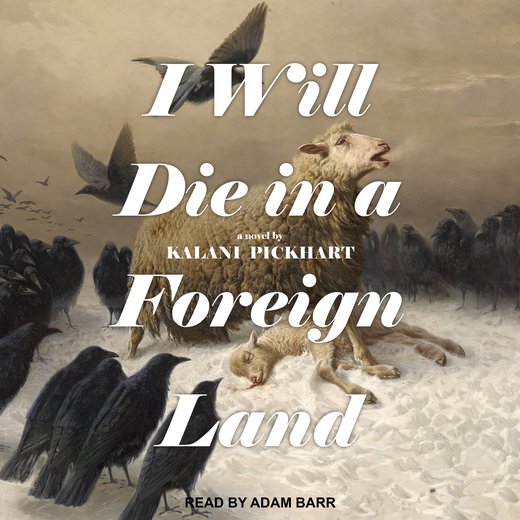 Timeline of Events at Euromaidan, The Revolution of Dignity, 2013–2014

Nov. 21 — The fourth president of Ukraine, President Viktor Yanukovych, declines to sign an Association Agreement with the European Union, instead chosing to build closer ties with Russia.

Dec. 1 — As a result of police violence the night before, riots break out and government opposition parties occupy the Trade Unions Building. A tent city goes up at Maidan Nezalezhnosti and a national strike begins.

Dec. 8 — The March of Millions: 500,000 Ukrainians march on Kyiv. A statue of Vladimir Lenin is toppled and destroyed.

Dec. 11 — As 4,000 Berkut attack protestors, the bells at St. Michael’s Golden-Domed Monastery ring in alarm for the first time in 800 years.

Jan. 19–25 — Riots erupt against the anti-protest laws on Hrushevsky Street, which come into effect on Jan. 21. Water cannons, Molotov cocktails, rubber bullets, and live ammunition are used on protestors, killing 4 people and injuring 1,000.

Feb. 18–19 — Euromaidan protesters are met with live and rubber ammunition, grenades, and tear gas in an attempt to restrain protesters. Snipers and Berkut with AK-47 assault rifles fire on civilians. ...