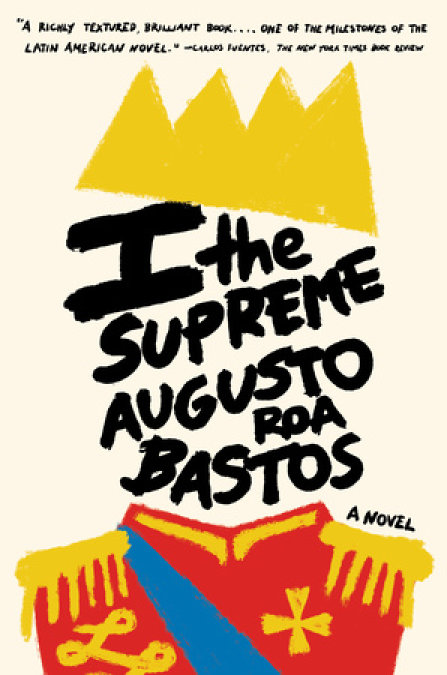 I the Supreme imagines a dialogue between the nineteenth-century Paraguayan dictator known as Dr. Francia and Policarpo Patiño, his secretary and only companion. The opening pages present a sign that they had found nailed to the wall of a cathedral, purportedly written by Dr. Francia himself and ordering the execution of all of his servants upon his death. This sign is quickly revealed to be a forgery, which takes leader and secretary into a larger discussion about the nature of truth: “In the light of what Your Eminence says, even the truth appears to be a lie.”

Their conversation broadens into an epic journey of the mind, stretching across the colonial history of their nation, filled with surrealist imagery, labyrinthine turns, and footnotes supplied by a mysterious “compiler.” A towering achievement from a foundational author of modern Latin American literature, I the Supreme is a darkly comic, deeply moving meditation on power and its abuse—and on the role of language in making and unmaking whole worlds.