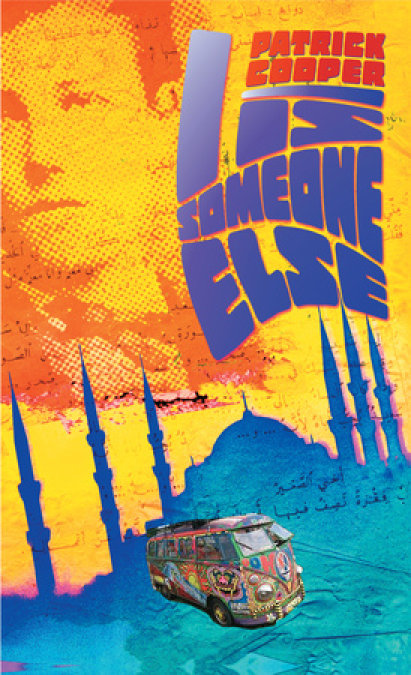 It is 1966, and the times, they are a-changin’. Fifteen-year-old Stephen is on his way to a summer program in France when he meets two glamorous new friends of his older brother, Rob, who has been missing for 18 months. They persuade Stephen to travel to Istanbul with them, to find his brother. And what a world opens up to him: a world of beautiful girls, drug busts, fascinating cultures, fast-moving friendships, and betrayals. As he travels further into Asia, the nature of Stephen’s journey changes: The search for his brother is replaced by an inner exploration, in which he must confront his own past, and his own dark secret.

Stephen sniffed the sea spray. It smelled of freedom.

It was the 3rd April 1966, and he was going abroad on his own for the first time. A few hours before, his mother had set him on the train at Victoria with his suitcase and his sandwiches, and kissed him on the cheek--a rare kiss, which made him feel uncomfortable. Now he was on the ferry on his way to France, where he was to stay with a family to improve his French. In a few more hours Thierry, his French exchange, would meet him at Charleville Station and take him home with him. But for now he was his own master.

He felt nervous and elated.

There weren't many people on the deck--it was too cold. He did up the buttons on his anorak against the wind, and enjoyed the sun on his face. Then he noticed her.

She was hanging over the rail looking out to sea, and he watched her profile, and her hair blowing across it, and the way she flicked it back with long fingers.

She was the most beautiful girl he had ever seen. But she was too old for him. She'd never be interested, even.

She turned round, so he could see her full face. She was looking for someone.

Her eyes met his. And instead of looking away immediately, she blinked and looked at him harder. And then, as if she couldn't help it, she smiled.

She turned back and watched the sea again.

Stephen's heart was palpitating. He needed to calm down. He went inside, and found the toilet.


The toilet was disgusting and smelled of sick, but there was a basin with hot water and a mirror.

Why had she smiled at him? He looked at himself in the mirror. He wasn't bad-looking, he knew that. He probably looked a bit older than his age, and he didn't have terrible acne or anything, just the odd spot. All the same, she couldn't fancy him, could she? But why else would she smile at him?
No, it wasn't possible, a girl like that. She was sophisticated and beautiful, and she could have any man she wanted. She'd never be interested in him, not in his wildest dreams.

He combed his hair and then ruffled it again, making a face in the mirror. Without thinking, he started to squeeze a spot on his chin, then wished he hadn't, because it left a red blotch that was worse than the spot. He splashed water on the blotch, and accidentally wetted his jumper.

Why had she smiled at him?

Would she smile again?

He dried himself as best he could on the pull-out towel and went back outside.

She was no longer alone. She was standing in the prow with the spray splashing behind her and gulls wheeling, posing for a man wearing white flared jeans and an embroidered sheepskin waistcoat, who was taking photos of her.

She looked more beautiful than ever.

Stephen sat down where he could see them out of the corner of his eye, and pretended to read his book.

The girl knew he was back. She glanced at him, and then she looked again.

The man finished taking photos and put away his camera. As he did so, the girl bent down and whispered to him, then looked towards Stephen. The man stood up, shouldering his camera case, and looked hard at him too. Then he walked over to him, the girl following.

"Hi!" he said. "Sorry! We were really staring at you there!"

He grinned at Stephen. It was a disarming, boyish grin, and his eyes twinkled. Stephen smiled back, not quite knowing what to say.

"Anyway, my name's Jerry, and this is Astrid."

"I'm Stephen," said Stephen. He wondered whether to shake their hands, but it didn't seem the thing to do.

"Good to meet you," Jerry continued. "I know this sounds ridiculous, but you really remind us of a friend of ours. It's kind of uncanny--you've got just the same face. Astrid thought you were him for a moment, but you're not, obviously. You could be his kid brother though. It's that close a likeness. So I wondered if you'd mind if I took a couple of photos of you, so we can show him when we next see him. . . ."

And then he stopped. What was the man talking about? Someone who looked like him? Who might be his older brother?

What if it was Rob he meant?

Just at the thought his blood started racing. In the last few months he had started to forget about Rob, to get on with his own life without him. Of course, this was probably nothing to do with him, just one of those coincidences. But he had to ask. He had to know.

Jerry and Astrid looked at each other.

"Has he got a chipped front tooth?"

Jerry nodded. His grin was growing ever wider.

"I think we've made a discovery here, Astrid. He's your brother, right?"

Adrenaline was pumping all round his body, in a strange mixture of emotions. So Rob was alive, after all. Well, he'd never doubted it really. He turned away and looked out to sea, overwhelmed by the onrush of memories:

Rob and his mother, shouting at each other in the kitchen, just before he left for the last time; Stephen didn't know what it was about, and he didn't care--his mother and Rob had always argued. It was his father he was watching, standing ineffectually in the background with a look on his face that was sad, world-weary, long beyond anger . . .

. . . Then the policeman--that was much later--uncomfortable in an armchair in the drawing room, after his mother reported Rob missing:

"I'm sorry, there's nothing we can do. A lad his age . . . as you say, he could be anywhere. I'm sure he's come to no harm. We'll keep the details on our file, and let you know if we hear anything."

A single tear rolled down his mother's cheek, and a grayness seemed to settle around her. . . .

. . . And Rob, always the big brother, fighting, swearing, playing guitar, reading poetry with him. On the last night of his last visit--only Stephen didn't know it was to be the last--they had walked together into town. Not that there was anything to do there, it was just to get out of the house. Turning in the streetlamp, Rob looked at Stephen intensely: "Hey, bro, there's a big world out there, you know!"