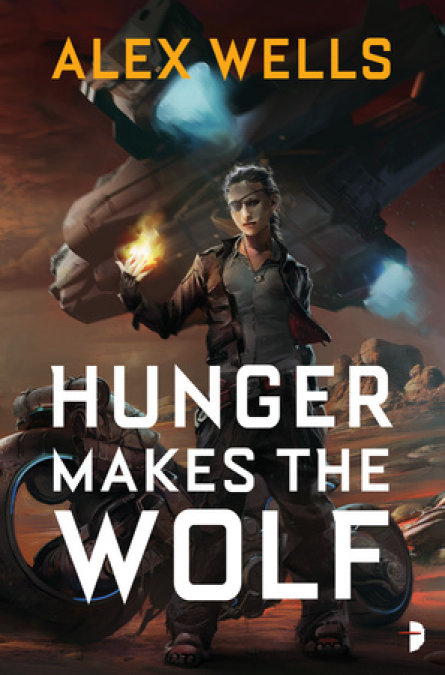 This thrilling sci-fi Western features “a dash of Dune, a bit of Fury Road, and a whole lot of badass female characters” (Emma Maree Urquhart, author of Dragon Tamers)

The strange planet known as Tanegawa’s World is owned by TransRifts Inc, the company with the absolute monopoly on interstellar travel. Hob landed there ten years ago, a penniless orphan left behind by a rift ship. She was taken in by Nick Ravani and quickly became a member of his mercenary biker troop, the Ghost Wolves.

Ten years later, she discovers that the body of Nick’s brother out in the dunes. Worse, his daughter is missing, taken by shady beings called the Weathermen. But there are greater mysteries to be discovered—both about Hob and the strange planet she calls home.

File Under: Science Fiction [ Road of Fury | Hob’s Angels | Ghost on the Highway | The Weatherman Says ]