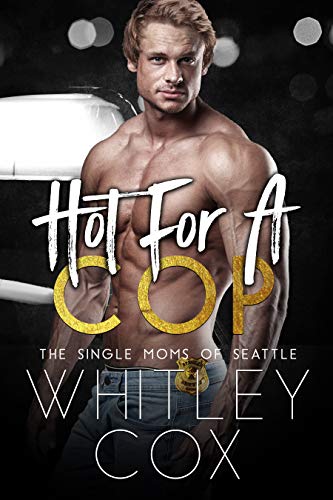 Book 2: The Single Moms of Seattle
Whitley Cox
Follow
Drawn together by the future, torn a part by the past.
Genres: Contemporary RomanceErotic & Steamy RomanceHoliday RomancePolice & Law Enforcement RomanceRomantic Comedy
Buy now
Available in:
Keywords: friends to loversromantic comedyholiday romancechristmas romancesingle mom romancecop romancebaby delivered in the back of a cartwist of a fate

Drawn together by the future, torn apart by the past.

Welcome to Seattle, the Emerald City and home to The Single Moms of Seattle. Three sexy single ladies who drink a ton of wine every Saturday night, bitch about life, have each other's backs, are the ultimate mama bears, and hope to one day, just maybe find love again.
This is Lauren's story ...

Being a single mom was never the plan for Lauren.
Neither was having a baby in a car all alone on a gridlocked interstate.
Thank goodness for sexy cops who are heroes even on their days off.
One of the good guys--or at least trying to be--Isaac can't get the woman whose baby he helped deliver out of his head.
He sees it all with Lauren.
A life. A family. A future.
But superstition and a family curse have her rebuffing him, even though she looks at him with a need that mirrors his own.
When Lauren finally gives into her heart, the passion between them explodes.
Life isn't just good, it's great.
Until Isaac realizes their history was connected in a way he never expected.
He ruined her life without even knowing it.
Can he confess the truth to Lauren without hurting the one person who has finally made him feel human again? Without demolishing her world, and his, in the process?

**Note: This book can be read as a standalone. It includes lots of steamy scenes, cursing, a sexy alpha male, and of course as with all my books, this has an HEA and no cliffhanger or cheating. If you liked my single dad series, then you'll love this spin-off trilogy.

Her throat bobbed on a sexy swallow as she sipped her wine, a bead of the merlot getting caught on her bottom lip. He wanted to lick it off or at the very least catch it with his thumb, but he resisted. She’d just put a barrier back between them, one he thought she’d torn down earlier. He needed to respect her boundaries.

But when her mouth twisted in such a way and that droplet clung to her lip, just calling to him, he said “fuck boundaries,” reached forward and swiped his thumb over her lip. “For the record,” he said, popping his thumb into his mouth, “you’re not damaged goods, as you said earlier. When my mom finally left my dad, I would have punched any person in the face who dared to call her damaged goods.”

Heat flashed in the blue of her eyes, and her bottom lip dropped open.

“I’ll respect your decision,” he said. “But just know, it’s not off the table for me … if you’re interested.”

She did nothing more than stare at him. But the flare of her nostrils and the widening of her eyes did all the talking for her.

Sitting up, he adjusted Ike on his lap. The baby didn’t so much as flinch. “But I’m okay with just a friendship too. This isn’t an ultimatum.”

She nibbled on her lip. “You’re saying all the right things, Isaac.” Her laugh was more of a throaty chortle as she turned her head. “I don’t even know your last name. Besides the fact that you’re a cop—a sergeant—you are single and childless and just adopted a kitten, I know nothing about you. And yet we’re discussing—sort of—the idea of becoming …”

“You’re Foxy Sergeant Big Hands?” She shook her head and averted her eyes. “Of course you are.”

“Foxy Sergeant Big Hands?” he murmured. Did he miss something?

She sipped her wine. “Never mind.”