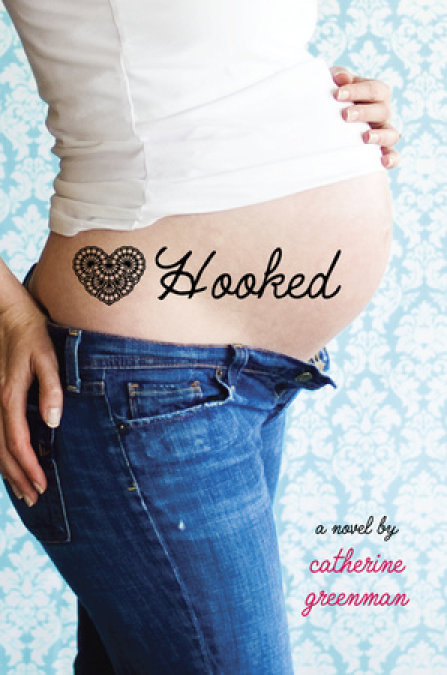 Thea Galehouse has always known how to take care of herself. With a flighty club-owner mom and a standoffish, recovering-alcoholic dad, Thea has made her own way in her hometown of New York, attending the prestigious and competitive Stuyvesant High School. But one chat with Will, a handsome and witty senior, and she's a goner—completely hooked on him and unable to concentrate on anything else.
Always worried that she loves Will more than he loves her, Thea is pleasantly surprised when their romance weathers his move to college and Will goes out of his way to involve her in his life. But then, Thea misses a period. And that starts Thea and Will on a wild ride that neither of them could have possibly prepared for. When they decide to keep the baby, their concerned parents chip in what they can to keep Will in school and give both teenagers a comfortable place to raise their child. But when a freak accident leaves Thea shaken and threatens to upend their little family altogether, Thea is forced to turn to the last place she would have chosen for comfort: her stiff, uncompromising father.
This smart, touching first novel brims with realistic, beautifully drawn characters, and reminds us that love is never as easy or predictable as we might like it to be.

I met Will Weston during a fire drill on a gray, freezing February Monday, a few days after I turned seventeen. I was in metal shop when the bells went off, and had to go outside in my smock. Why didn't they have fire drills during homeroom, when we still had our coats? I hid behind a tree to block the wind, and as I studied the gloomy, red-bricked façade of the school for any signs of real fire, I spotted him. Will was leaning against the stone wall, hugging himself in a thin, black sweater. He was tall and he had large, square, hulking shoulders that reminded me of Frankenstein--an aberration in a sea of boys with shoulders so narrow you could lift them off the ground by grabbing their knapsack straps together in one hand. This guy looked too old for high school. His chin was ducked toward his chest and he stared at me forever, and it was clear that he didn't care that I noticed. I remember looking around, wishing there was someone to talk to, but I was surrounded by the dicks from metal shop. Metal shop was the great dick-alizer--we all behaved like we were in preschool, cutting each other in the soldering lines, hogging the drying shelves, all for the easy As Mr. Blake was famous for doling out. It was not lost on me that an A from Blake would finally kick my average up to an A-minus, a longtime hurdle. Anyway, one minute Will was undressing me from afar, and then he just appeared, as if in a blink.

"Blake or Dolan?" he asked, peering into my face.

"You were in Lisa Kwan's class?" I asked, marveling.

"I was." He nodded modestly.

"What happened? He told us she poked it out."

"Her vise was loose," he said. We both tried not to smile. "You don't use them anymore, vises. Right?"

"No, everything's on the table," I explained. "He helps you when you need to make a cut. He's sick of me. I'm always recutting." I realized then that there was something weird about his eyes: the left eye was looking at me, but the right eye drifted off toward the Hudson River. It was both off-putting and death-defyingly hot. It also somehow made him seem too smart for me. I wondered if he was a brainiac, like everyone else at Stuyvesant High School, where I'd somehow landed like an alien on the wrong planet. In math and science, at least, which Stuy held sacred above all else, I was the opposite of a brainiac. Not quite a dumbass, but close. I felt like I was working twice as hard to do half as well as anyone else.

"You'll get an A," he said, rubbing his forearms for warmth. "Don't worry. Has he shown you his oliver?"

"His what?" I asked, thinking, He has the most beautiful hair: brown, wavy, and longer than I initially thought.

"You don't want to be surprised?" he teased.

Part of me did, but I shook my head.

"It's his silver tin of green olives," he whispered, so that the metal-shop dicks couldn't hear. "He keeps it in his pocket for martinis. 'Always keep your oliver on your person.' That's what he used to say. You're a junior?"

"I had him freshman year. He's toned it down since then. I think he's a less-happy drunk these days."

"Settle down there, Dorothy Parker." He held out his hand. "I'm Will Weston."

"I know." He smiled proudly.

"That yearbook picture of you, sleeping on the desk. Your name was in the caption. 'Thea takes a breather' or something stupid like that. Was that during a class? Or homeroom?"

"No shit. I could never sleep like that. In the middle of everyone. I wish I could. You have the same hair still. Like wet grass stuck to your face." He pushed a clump of loose hair into my cheek with his thumb as people started to stream back into the building. "Anyway, don't stress about Blake." Will took the steps two at a time, so I did too. "He skews it to the pretty ones."

We got inside the double doors and I faced him. "Do I look stressed out?"

I hate offhand comments about my moods. My mother still makes them constantly. But the way he said it made me think, Maybe I am stressing out about stupid freaking metal shop.

"You know," Will said, "ever since I saw that picture of you, all schlumped out all over that desk, I've wanted to meet you. Do you like burgers?"

"Have a burger with me, then."

He said it in the nicest way. It was one of the shining moments of my life. A total shock and yet right as rain.

The huge oil painting of peg-legged Peter Stuyvesant, our school's namesake, loomed over Will by the staircase. School, the place where we spent so much of our time, was so deathly dreary at that moment. It was like Will put it all--the gray walls pockmarked with painted-over thumbtack holes, the gummy stair railings that made your hands smell like spit--into relief. He glanced at a short girl in clogs walking by. She almost stopped to talk, then didn't. He looked back at me and I got the first jolt. The first java jolt. The first whiff of desire for his big, scary, manly-man body. And the desperation to be included in his thoughts. Me, Thea.