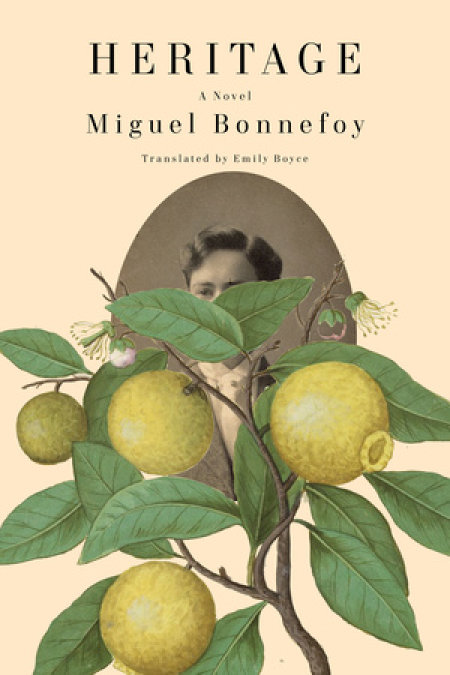 A dazzling family saga, brimming with poetry and passion, that skillfully weaves together the private lives of individuals and major historical events in South America and Europe.

The house on Calle Santo Domingo in Santiago de Chile, with its lush lemon trees, has sheltered three generations of the Lonsonier family. Having arrived from the harsh hills of France’s Jura region with a single grape vine in one pocket and a handful of change in the other, the patriarch put down roots there in the late nineteenth century. His son, Lazare, back from World War I’s hellish trenches, would live there with his wife and build in their garden the most beautiful aviary in the Andes.
That’s where their daughter Margot, a pioneering aviator, would first dream of flying, and where she would raise her son, the revolutionary Ilario Da. Like Lazare before them, they will bravely face the conflicts of their day, fighting against dictatorship on both sides of the Atlantic.
In this captivating saga, Miguel Bonnefoy paints the portrait of an endearing, uprooted family whose terrible dilemmas, caused by the blows of history, reveal their deep humanity.

One day, a young neighbor with a German accent asked him which region his surname was from. The blond, well-dressed boy was descended from German settlers who had arrived in Chile twenty years earlier, his family having headed south to work the hard lands of Araucania. Lazare went home with the boy’s question burning on his lips.
That same evening, his father, mindful of the fact his family had taken its name from a misunderstanding at a customs post, whispered in his ear: “When you go to France, you’ll meet your uncle. He’ll tell you everything.”
“What’s his name?” “Michel René.” “Where does he live?”
“Here,” he replied, placing a finger over his heart.
The traditions of the old continent were so deeply engrained in the family that come August, no one was surprised when they adopted the fashion for baths. Monsieur Lonsonier came home one afternoon with opinions on domestic cleanliness and imported the latest model of enameled cast-iron bathtub standing on four bronze lion feet, which had neither taps nor plughole, but was shaped like a pregnant woman’s belly, with space enough for two people to lie side by side in the fetal position. Madame was impressed, the children giggled at its size and their father told them it was made of elephant tusks, proof that what lay before them was surely the most captivating discovery since the steam engine or the camera.
To fill the bath, he called for Fernandito Bracamonte, el aguatero, the neighborhood water carrier and father of Hector Bracamonte, who, some years later, was to play a decisive role in the family destiny. Fernandito was already as bent as a birch branch, with the enormous hands common to his trade. He would cross the city on a mule, carting barrels of hot water and carrying them upstairs to fill basins, his tiredness showing. He talked of being the eldest of many siblings on the Caribbean side of the continent, including the gold-digger Severo Bracamonte; a church restorer in San Pablo del Limón; a utopian from Libertalia and a maracucho journalist who answered to the name of Babel Bracamonte. Yet despite having many brothers, nobody seemed to care about him on the night the firemen found him drowned in the back of a tanker.
The tub was placed in the center of the room and, as each Lonsonier took turns to bathe in it, they added lemons from the porch to purify the water, and a bamboo bath rack on which to rest their newspaper.
Which is why, in August 1914, when news of the outbreak of the First World War reached Chile, Lazare Lonsonier was reading in the bath. A pile of newspapers had all arrived on the same day, two months late. L’Homme Enchaîné published Wilhelm II’s telegrams to the Tsar. L’Humanité broke the news that Jaurès had been murdered. Le Petit Parisien gave information on the general state of siege. But the headline of the most recent edition of Le Petit Journal announced, in big, menacing characters, that Germany had just declared war on France.
“Pucha,” he muttered.The news brought home the distance between him and the land of his fathers. He was suddenly struck by a sense of belonging to this faraway country whose borders were being attacked. He leapt from his bath and despite the small, skinny, innocuous-looking body he saw in the mirror, a body ill-equipped for combat, he felt a surge of heroism rush through him. He pumped his muscles, and a simple pride warmed his heart. He felt he could hear his ancestors whispering to him and knew right away, with a tinge of fear, that he must respond to the call of destiny which, for a generation, had pitched his family towards the ocean.
He tied a towel around his waist and went down to the living room with the newspaper in his hand. With his family assembled in front of him, amid the thick scent of citrus, he raised his fist and declared: “I’m off to fight for France.”