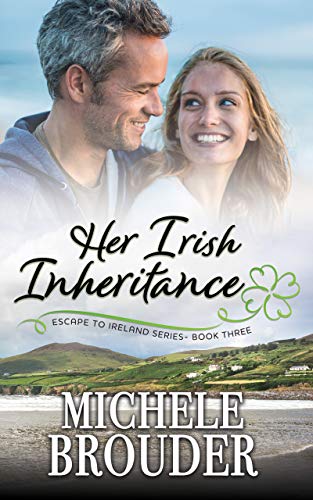 Two broken hearts and one dilapidated property that might just bring them together.

Nothing is going right for Caroline Egan. Her partner has left her and she's lost her job. The only thing that remains is a piece of property three thousand miles away. Her plan is to sell the place and use the money to move on with her life. But the house needs some work and she ends up staying in Ireland much longer than she anticipated. Soon, she's torn between the plans she has for her life and her growing attraction for both the property and the carpenter fixing it up.

Patrick Kelly is all too familiar with loss. A widowed dad, he's trying to raise his young daughters as best as he can. When he lands work at a nearby cottage, he's grateful until he discovers who the new owner is. But as time goes on, Patrick begins to wonder if Caroline holds the key to him moving on with his life.

Both cannot deny their attraction for one another. Both are cautious. There's an ocean between them as well as hearts that have been broken in the past. Can they overcome insurmountable odds for a chance at happiness?

Discover the rest of the books in the Escape to Ireland series.