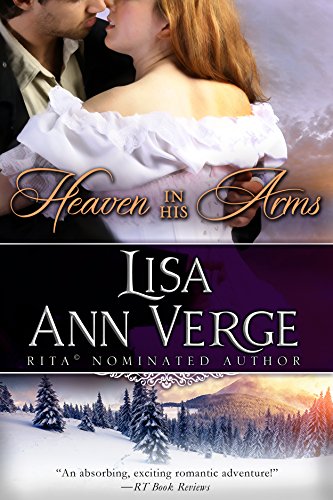 Struggling to survive on the streets of Paris, Genevieve agrees to a dangerous masquerade: She switches places with a King's Girl, a young noblewoman about to be shipped to the colonies. It's a risky venture with a high price—once overseas, Genny must marry a stranger....

This was her only chance.

Genevieve pressed against the stone wall. The dampness seeped through her woolen dress and chilled her skin, already clammy with fear. She dug her fingers into the bundle clutched to her chest. She had come this far. All that was left was to pass the guard at the end of the hallway, and she would be free.

The distraction had already begun. A slip of a girl emerged from one of the doorways. That girl raced toward the dozing female guard and startled the woman from her nap. The guard blinked at the wild-haired creature while the young girl—a deaf-mute—gestured frantically toward the gaping door of her cell. Sighing, the stocky guard hefted out of her seat, grasped a sputtering candle, and followed her down the hall.

As soon as the guard disappeared into the chamber, Genevieve leapt out of the shadows. She raced on bare feet toward the oak doors. She would only have a few moments before the guard would assume that the young woman's unspoken fears were imaginary—then the old laywoman would shrug and return to her station.

But by then, by ruse, Genevieve Lalande would have already escaped.

The brass handle chilled her hand. She eased the door open to prevent the hinges from squeaking. When it was cracked enough, she slipped through and edged it closed behind her. She leaned against the door for a moment, sucking in the night air as she waited for her blood to stop pounding. But she was already late. If she didn't hurry, her second accomplice would lose courage and destroy all their plans.

She scanned the enormous courtyard of the Salpêtrière, her prison for the last three years. The night was clear but moonless. Bits of gravel scattered the starlight, making the courtyard glitter as if it were covered with frost. There was no sign of her accomplice, but she’d hoped that the girl would have more sense than to stand like a lost child in the middle of the open courtyard. She glanced at the debris scattered at the opposite end, where the church of Saint Louis was being built. There was no better place to hide than among the hewn stones, the piled earth, and the skeletal wooden scaffolding.

She clung to the walls as she worked her way over. Chips of gravel bit into her feet. A breeze swept through the open courtyard, heavy with the stench of the Seine River. The rows of windows in the opposite building winked at her like a thousand eyes and she was so distracted that she stubbed her toe against a pick abandoned by some day worker. She squeezed her eyes shut until the pain passed. Then she limped on until she reached the shadows of the scaffolding.

Marie should have been here by now. The last note Genevieve had sent her was specific: Tonight was the night they were to meet in this courtyard to complete the plans they had so painstakingly formed over the last three weeks. She and Marie had been passing notes back and forth through the same system without fail for too long for there to be a sudden mix-up.

Somewhere in Paris church bells rang. Above her, birds startled with an anxious fluttering of wings. A stream of silt filtered down from the higher scaffolding, dusting her shoulder. As the church bells faded, she saw a figure separate from one of the buildings.

Genevieve sucked in a breath and pressed back against the masonry. If one of the guards saw her, she’d be right back where she started, and who knew when she’d get a chance like this again. But as she watched the figure enter the courtyard, she realized this was no guard. It was a woman, a young woman by the quick pace of her walk, an anxious woman by the way her head pivoted back and forth.

Genevieve intercepted her near a pile of bricks. “Marie?”

The young woman stopped short and pulled back the edge of her scarf, revealing a pale, drawn face. “Genevieve?”

“Oui. Come into the shadows.”

She had never seen Marie before today. With relief, she noticed that they were of about the same height. Height would have been the most difficult to disguise.

As she approached, Marie loosened her head rail and pulled the scarf off her hair. “Thank God you are here. I feared you would leave. The housekeeper on my floor would not fall asleep. I had to check three doors before I found one unlocked.”

Refined speech. Well, Genevieve could mimic that well enough. “You had nothing to fear,” she said. “I would have stayed until dawn.”

The young woman squinted at her. “I have never seen you before.”

“Nor I you.” She didn't bother to explain that she was housed in a separate building, isolated from women like Marie. Marie was a bijou, a jewel of the Salpêtrière, an orphaned daughter of the petty nobility, pampered and educated and protected.

She was most definitely not.

“You write with such a fine hand,” Marie murmured, glancing at Genevieve's common russet skirts. “I thought you might be one of the noblewomen housed in another building.”

Genevieve felt the muscles of her neck tighten. In another time, in a better world, she might have been worthy of being called a bijou. But that was long ago and best forgotten. She gestured to Marie's skirts. “Is that what you planned to wear tomorrow?”

“Yes.” Marie parted her cloak to show a dark blue traveling dress. “I've packed a small case and left it by my bed. In it, you'll find several other dresses and a few gold pieces. This is all I can give you for what you are doing for me.”

Such foolish, innocent generosity. “You should have kept the money. You'll need it more than I—”

“No, that isn’t true.” Marie twisted her scarf in her hands. “You do know what you're doing, don't you? I couldn't live with myself—no matter how happy I'd be to escape this place—if I misled you.”

“I'm the one who suggested this plan.”

“I know you're a king's daughter.” Every year since she’d arrived in the Salpêtrière, dozens of girls had been given a dowry by the king and sent off to the Caribbean islands or to the northern settlements of New France, to marry and settle in the colonies. “I chose you because you're being sent away from here.”

“Do you know anything about Quebec?”

Genevieve took the mangled scarf out of the other girl’s hands to stop her from crumpling it. “I know enough.”

“The forests are filled with dangers. The winters are long and frigid, and there's so much snow that it tops the rooftops.” Bereft of the scarf, Marie's smooth white hands knotted and twisted and pulled at each other. “And the voyage—over the sea—halfway across the world, in storms and sickness. Why are you doing this? Why would you take my place and go to that dreadful colony and leave all this behind?”

Genevieve glared at the long buildings of the Salpêtrière and thought, I'd rather sell my soul to Lucifer than spend another hour here...